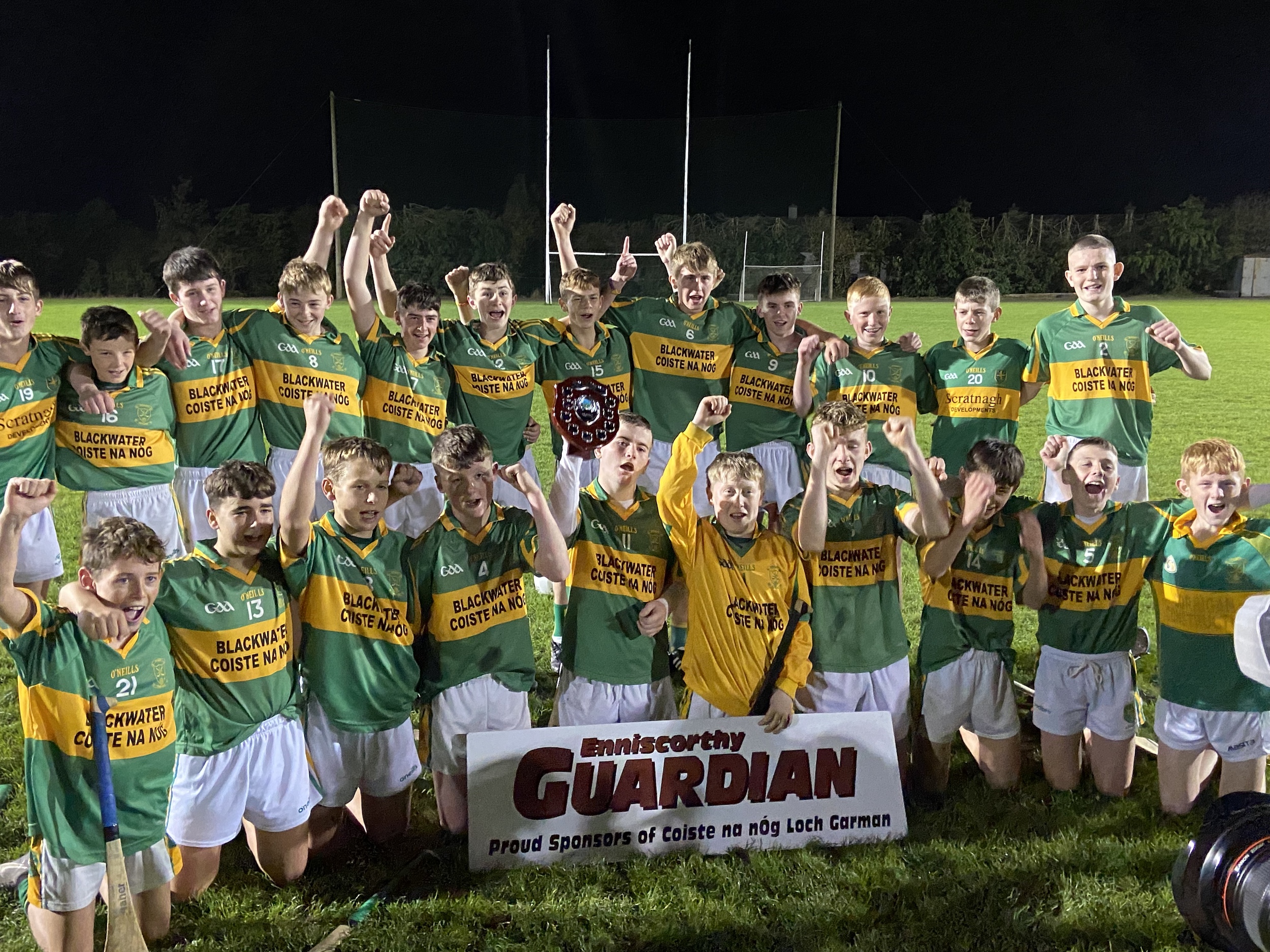 The boys didnt have it all their own way as they were 8 points down with 8 minutes left of the first half and weer struggling for scores. It took an Eoghan Kehoe brilliant run from his own half working it to Alex Dillane who pulled low to the net to make the boys start believing which left 5 in it at the break with our boys having the wind in the second half.

Pad O’Connor worked his magic at half time and had the boys set up well in the second half with a storming Ryan Murphy run had it back to 4 from the throw in. The same player combined well with Paudie to bring the score back to 3 30 seconds later. Things got even better when Sean Whelan goaled to level the game with just 2 minutes gone. Eoghan kehoe had the score of the game with just 3 minutes of the second half gone scoring from about 55 yards on the sideline. We moved in front by 2 before Eoin Cash in the goal made a good save. Against the run of play Craanforrd goaled after a deflected shot found its way to the net with 13 left before the boys responded well by leaving the game level with 10 to go. With 8 to go the game changer ,Killian Murphy came onto a breaking ball and finished to the net before two more Killian scores put the score out to 4. There was a few late shots by Craanford ,but the backs and Eoin Cash in the goal weren’t to be bet. .Paudie Murphy captain collected the shield title. 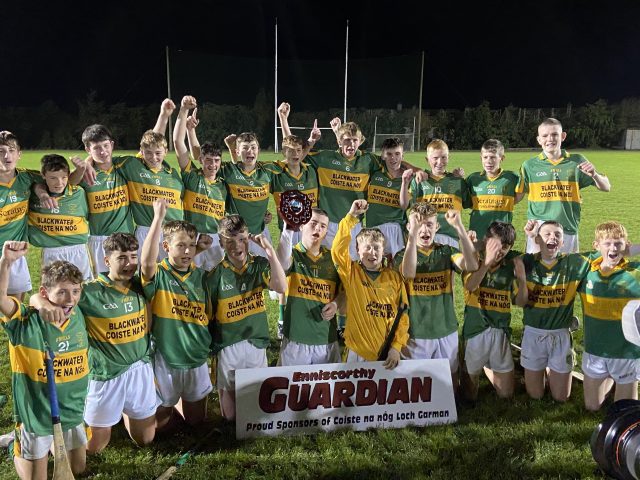