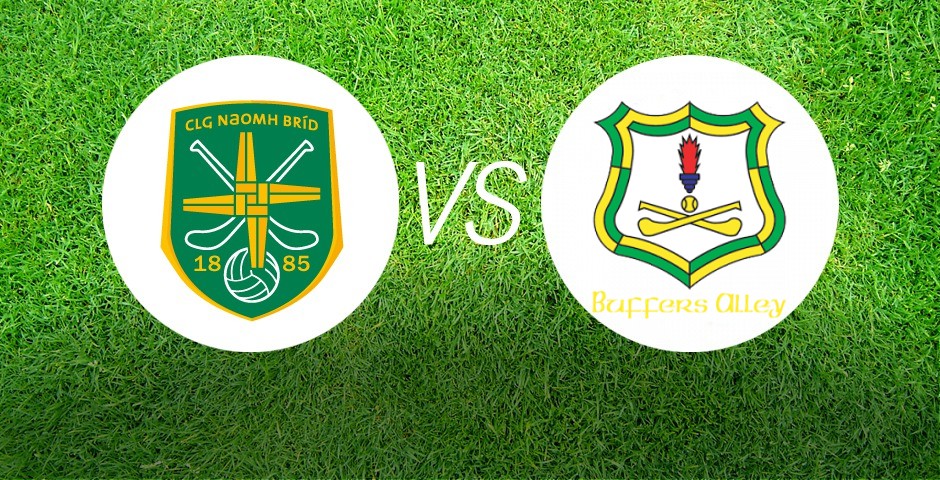 Our intermediate team enjoyed a brilliant victory against local rivals Buffers Alley in a very warm Oylegate pitch on Sunday afternoon in round 3 of the championship. The performance was the best this year so far and after two loses the lads really upped their game to hold out for the victory.

The lads enjoyed the best of the early proceedings and led by 4 points to 1 after Seamus, Dean Whelan and Mossy all registered scores. Alley nearly worked through a goal on 7 minutes but Darren Byrne managed to get a block on a certain goal saving pass. Alley continued to threaten and a minute later this time it was Feidhlims who stopped a goal with his hand doing the job to put it for a 65. Alley scored 3 frees and one 65 in a row to level the game but our lads responded well with a Mick free and another from distance. Seamus nearly had a goal for us when a free fell short into the box and it fell to Seamus but unfortunately he couldnt get the strike away. The game was still very close and Peter had to be at his best when he made a save down low with 15 gone. Mossy and Mick and Blake made sure we reached half time with a 4 point lead albeit playing with a slight wind.

Alley were quickly out of the blocks and registered two quick scores within a few minutes. With five minutes gone, we had the games first goal, Dean won back the ball and played it to Paul who handpassed to an onrushing Mossy who still had plenty of work to do and he flashed a shot into the top corner. Within 3 minutes Alley had responded with a goal and left just two points between the teams. The game was level a few minutes later before Mossy nudged us in front again. Alley moved two in front on 13 minutes before a long puc out broke to Dean who pointed to put a minimum between the sides.. With 15 left, the game changer, a shot at the posts from Feidhlim Roche fell short and somehow found its way to the net to put us two in front, Feidhlim registering his first championship score and an important one at that. Alley responded with a free before another Mick free put it back to 2. It was very a tense final 10 minutes made even more difficult when we were reduced to 14 men but we battled gamely and kept Alley at a minimum distance with a few frees for them dropping short. Mick Lillis pointed a free in front of the stand with three minutes of stoppage time up to make sure of the victory in front of a happy Blackwater support. Next up is Ballygarrett on Sunday at 1:30 in Monamolin. On a side note, Tomas 1-4 moves him into top 20 all time top scorers ahead of his father Owen and current Inter selector Aidan Whelan with only 15 games played, lets hope for plenty more scores in the future.