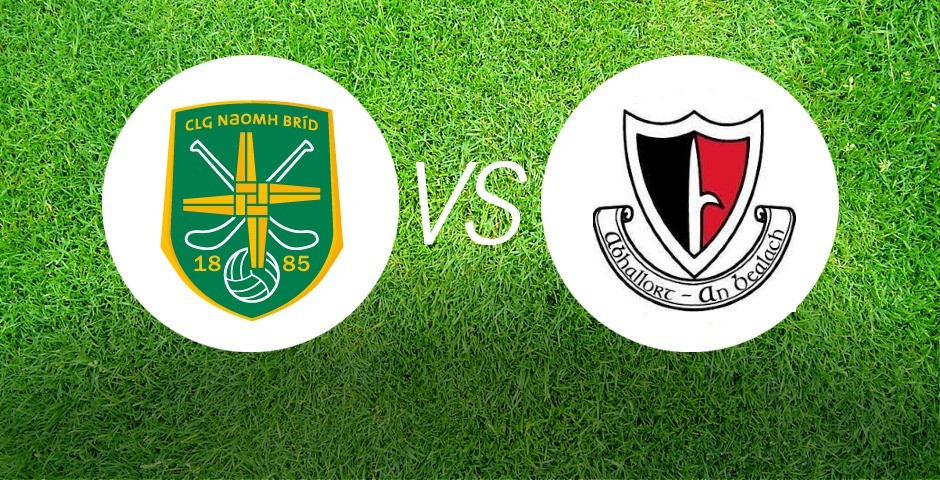 In a very competitive round 2 fixture in when the sides were level no less than 10 times, a late Oulart free leveled the game in the 61st minute. The game was nip an tuck all the way to the end when at most 3 points separated the sides. Gavin had our opening score before Oulart responded and the match carried in this vain.

There was never more than a point between the sides with Anthony Roche at full back being the pick of the players winning a number of duals. Oulart did manage to get three in front with a few minutes left of the half but a set of Din Brien frees had just the minimum between the sides at the break.

We nearly had the perfect start to the second half when James Dooley cut in from the right and floated a ball to din but it agonizingly it floated just over his head and cleared. The men in red again moved three in front before Dooley and Gavin had it back to a point of the second half gone. The only goal of the game came on 39 minutes when a Johnny run through found Mossie in space and he made no mistake hitting the net. Oulart again leveled after a few minutes of battling from both teams before they moved ahead on 54 minutes. We finished strongly though and James Dooley and then a Din free had us looking like we were going to hold on but a very late free for Oulart saw out the game. Next up its our previous Junior B rivals, St. Annes on Saturday evening at home at 7pm.

Bryan Mooney on for Mossie, Din Carroll for Joe Neville