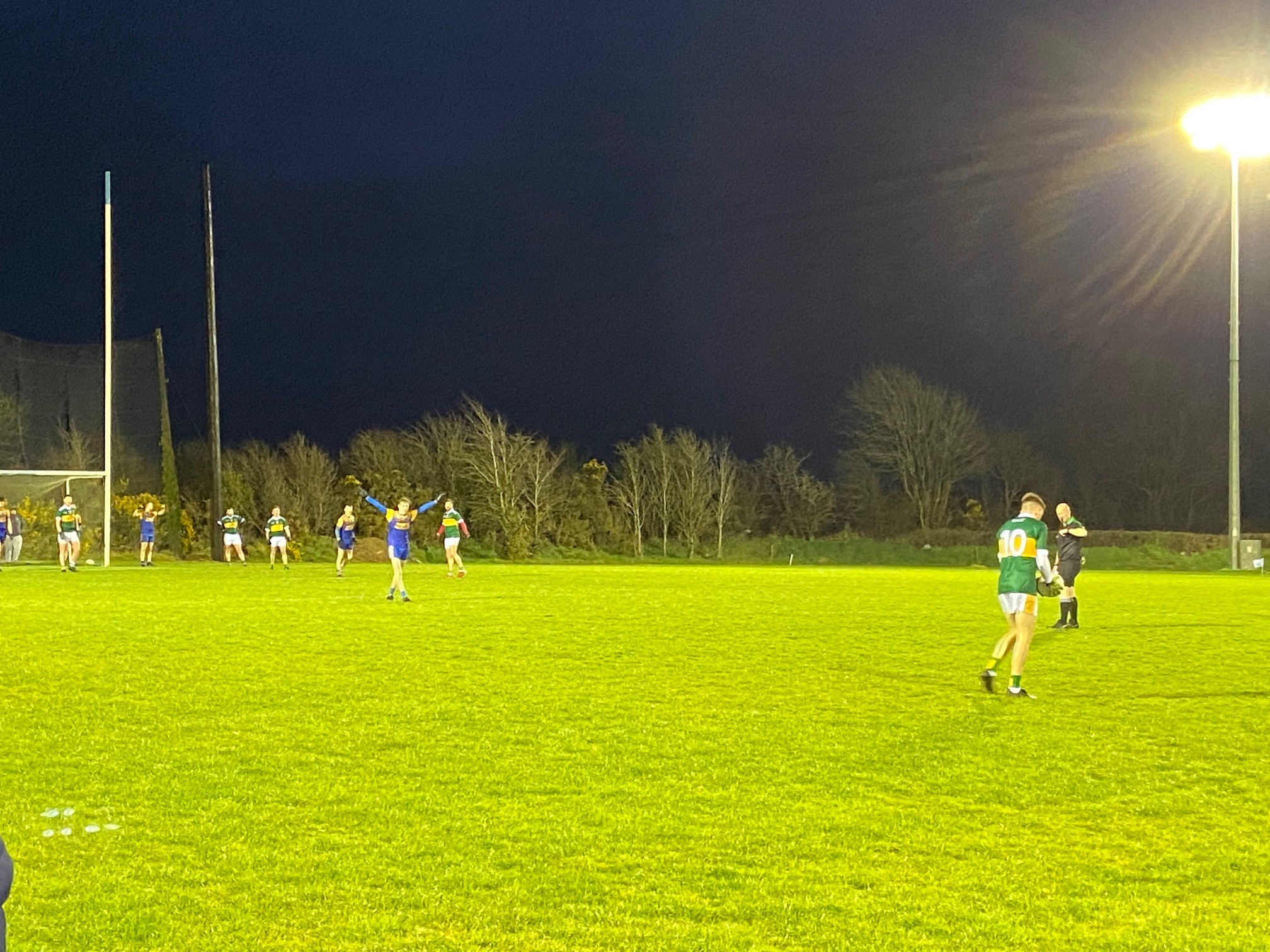 Our junior footballers had a three point loss to a strong Gusserane outfit in awful conditions in Gusserane on Wednesday evening.

The boys had a much changed team from last years battle with Gusserane in the championship with a number of players unavailable but still great to see new faces. Our boys faced a strong gale wind in the first half and it wasnt until the 22nd minute that we registered a point with Kerill scoring with the men in blue only scoring four. The home side did have a penalty just before half time but goalkeeper Din Brien saved low to his left before the break with the score 4 points to 2.

We were still behind by 2 before Ollie had a goal chance but his shot drifted over the bar with 10 minutes gone. Gusserane started to pull away scoring three in a row between the 18th minute and the 23rd minute before Conor and Thomas both were unlucky not to goal.

We werent able to close the gap and lost out by 3 in the end Next game is at home on Saturday at 6:45pm against Castletown.