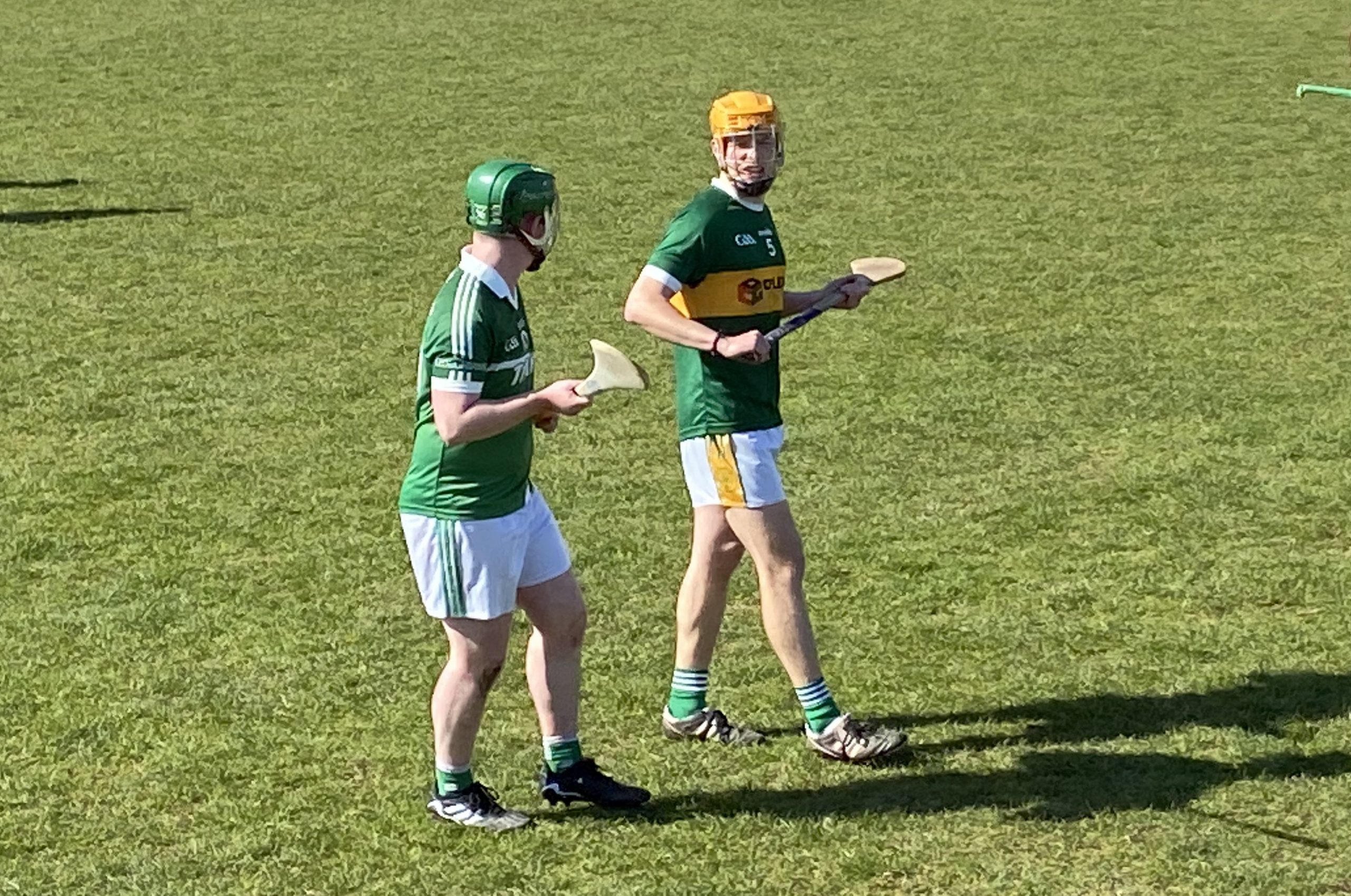 There was mixed results for our adult hurling teams this weekend .First up were the intermediates on Saturday evening against Adamstown in Pairc Naomh Brid .There was never more than 2 points separating the teams at various stages throughout the match in a evenly tight affair, A set of Pad frees had us starting nicely and we enjoyed a large share of possession but couldn’t put it on the board . The men in black and amber were staying in touch even after an excellent Mick Lillis score from distance. .Scoring was relatively low from both sides with our lads guilty of hitting a number of wides with two points separating the sides at the turn in our favour. .

The management team made four changes with Seanie, Seamus, Alan and Dean Whelan coming in, Our lads kept Adamstown at a distance with Paul getting our first score of the half before the sides were level again on 14 minutes, They were level twice more on the 21st and 22nd minute with Adamstown matching our scores quickly after we pointed. We did move two ahead again with 6 to go but unfortunately failed to score before the end with Adamstown registering an equaliser in the last puc of the game to finish 13 a piece .The previous nights excursions probably had an effect on the team but still good to get in the hurling with the new faces showing well with Ben Redmond especially putting in an excellent performance along with Alan when coming in at half time. Its football next weekend so lads have a break until 17th April away to Fethard.

Our newly graded Junior A hurlers started out their first league game in a number of years at home on Sunday morning and they were seriously depleted having just 15 players to choose from against Cloughbawn .The boys looked really sharp for the first half scoring scome excellent points with Seamus (who finished with a personal tally of 0-11) and Adam Murphy scoring from some difficult angles. Kealan in the middle was also prominent controlling proceedings while Jake Nobbs was leading from centre back. The lads were 6 points up after 22 minutes with Cloughbawn only registering 2 points while they scored just once more before the break with 8 points between the sides. A Jimmy point and then Seamus free had us 10 points in front. .Cloughabwn started to have a good spell and scored the next 4 before Adam struck a free. .We were reduced to 14 men unfortunately when James Dooley went off injured and we had no sub to replace him and Cloughabwn started to get on top .We wee probably a bit wasteful in clearing the ball and Cloughbawn were moving the ball better picking scores from distance, They scored a goal to reduce the score to 4 after 11 minutes from a free and pointed another free to bring the scorers back to 3. Adam Murphy was very unlucky not to goal when shooting low from close range but their keeper pulled off a great stop. To our lads credit they didn’t panic and pointed the next 3 points before the next 5 minutes belonged to Cloughbawn again who responded with three points .Seamus though made sure there was no comeback with a late free to seal the victory with the final scorer 0-19 to 1-12.