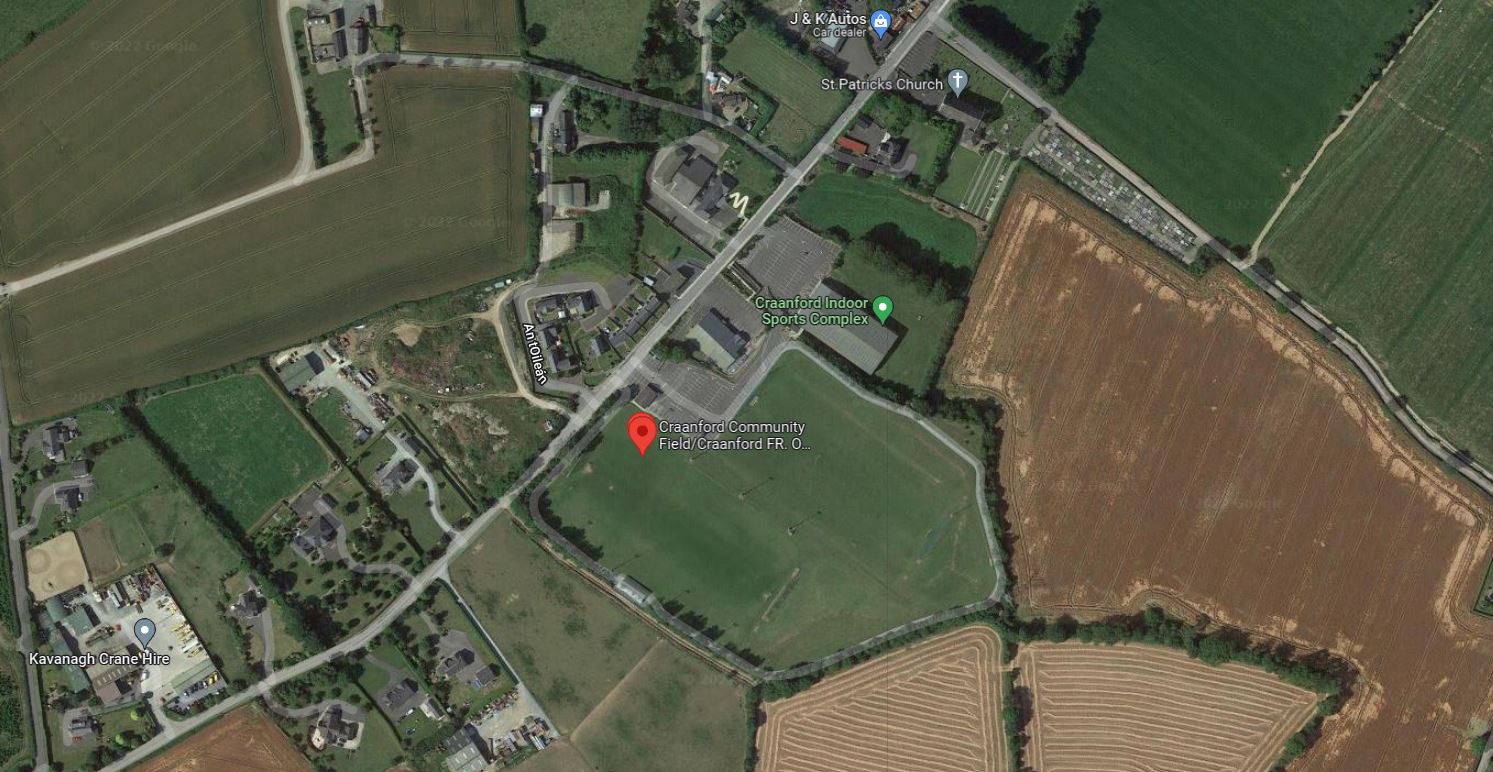 Our intermediates had a one point win under the lights in Craanford on a brisk Monday night in the All County League Division 2. What was great to see was that that average age of the starting team was 22, which hasnt happened for a long time while a number of the more established regulars had to be content with a place on the bench in what will be a busy week.

The lads definitely enjoyed the better of the first 20 minutes and were leading by 8 points at one stage, with one goal scored in this period. A Mossy drive from midfield on 15 minutes opened up space and he hand passed high to Din Brien who flicked to the net. He had already threatened a few minutes earlier with a similar move but the usually reliable Din Brien just couldnt get the ball into his hand to lash to the net. Ben Redmond was putting in a an excellent performance from centre back while the new duo in the middle, Conor and Mossy were making some great runs with the style of play overall pleasing to all consideinrg what little hurling the team have done this year yet. The last 20 minutes though saw Askamore get a foothold in the game and they brought back to 4 points relying on Byrnes frees to close the gap.

The lads started to make a number of changes and Askamore started the second half where they left off in the first pointing from another free in the first minute. Ciaran Cash, on as a sub at half time making his adult debut pointed with his first touch. Askamore hit five unanswered points though, 4 of these from placed balls to take the lead for the first time heading into the last quarter. Seanie Purcell was unlucky not to goal when his shot his the corner of the bar before Askamore scored another free to leave two in it. Our lads finally took up the initiative and started to get back into the game with a Pad free and then a long Mick Lillis point to level it. Pad did well to move us back into the front from a tight angle before a Askamore free and a Pad score kept the score to a minimum. Mick pointed again from nearly the 60 before a late Askmaore free finished out the game, with the lads finishing with 1-11 from play. Next up is the Leinster League on Wednesday night in Carlow Centre of Excellence against Ballykillian.