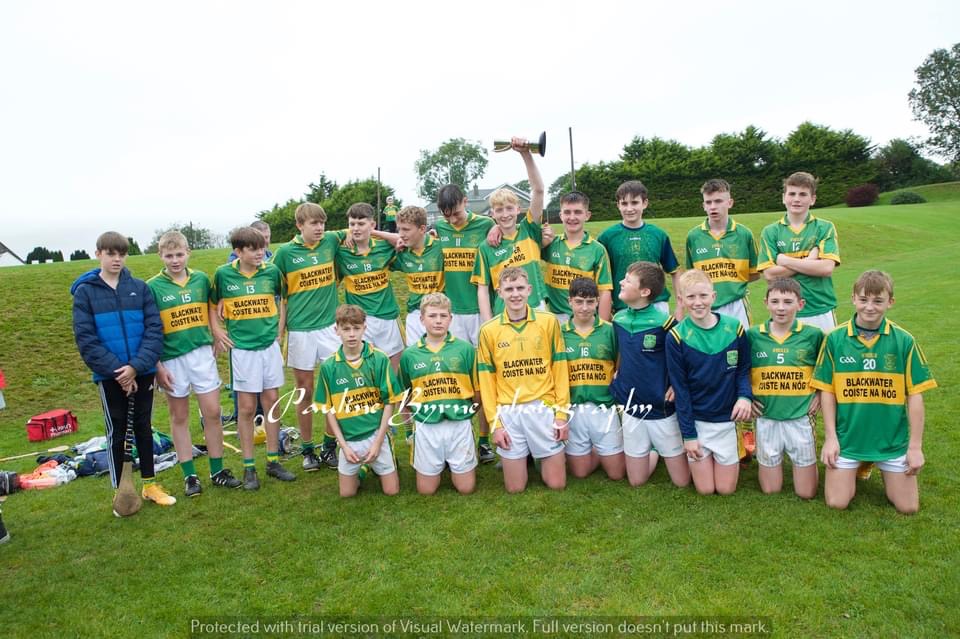 The U15s won a division four county title in impressive fashion on Saturday morning last in a wet Monageer putting the opposition on the back foot after the first fifteen minutes with two goals. The first arrived after only one minute, a long free in from Barry Whelan went to the net. Davidstown nearly scored a goal on the 6 minute but Nathan Moran was more than up to the task saving well. Both teams traded points and we moved 5 in front on 14 minutes. Things got even better just before the water break a driving Ultan run which he did many times throughout the game, shot of the hurl hitting the post and falling to Calum Corrigan who lashed to the net. Davidstown though to their credit never gave up and enjoyed a lot of possession bringing the game back to 6 and we’re also unlucky not to goal again a last minute block saving the day.

They started the second half well and again they put a number of balls wide after being putting under serious pressure taking their shots  Some Barry frees had us back to 8 in front before our hurlers put in a defensive master class with some great last ditch blocking and hooking, Ryan Murphy especially impressive under the high ball in this period.

We enjoyed one more goal though just before the end a ball across to Ross Carroll and only after coming on, he pulled first time driving the ball to the net.

So we win our first U15 hurling title, incidentally having never won a u14 hurling title made it especially historic. Well done to the mentors and team. 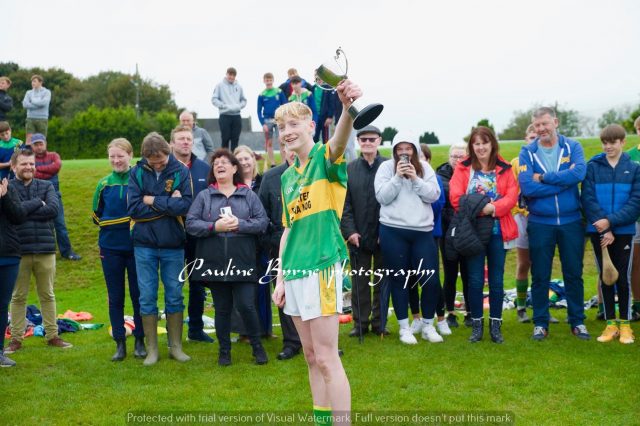