HomeMatch Reports and Club NewsFirst round victory for Junior Footballers 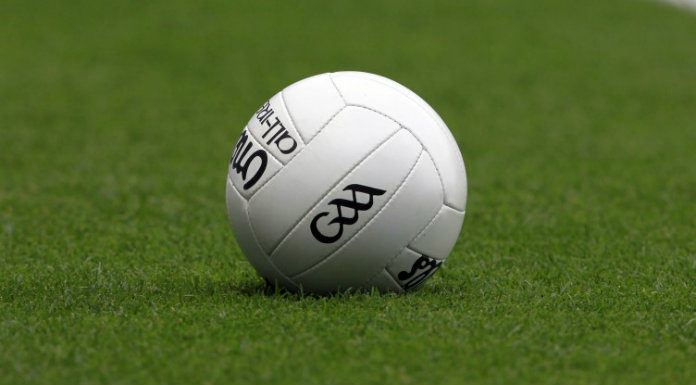 First round victory for Junior Footballers

Our junior footballers enjoyed a five point victory over Kilrush to gain revenge for last years defeat to the same team in the group game. The match was a defensive affair for both teams, with scores hard earned and hard to come by.

The green and gold men started brighter leading 2 points to 1 after 10 minutes with two Seamus points, one of those from a free. Then a very weird 4 minutes. We encoured two black cards in the space of a minute so we were reduced to 13 men. Then two minutes later Kilrush were reduced to 14 men with a black card of their own. They levelled the game through a free before Seamus pointed from play to restore our advantage. Alan was unlucky not to goal just shooting wide before Kerill got our first goal of the game a slick move with Alan making space from a run through to hand pass to Kerill who twisted and finished low to the net. Kilrush through had the score back to one after a miss placed pass by us and so the score remained until the break.

Kilrush were level from a free and scored another questionable free on 7 minutes to move in front for the first time since the opening minutes. Kilrush though encoured a second black card and our lads moved into gear. We were level from a Conor free a minute later and then 3 minutes later we had the games second goal, Pad finishing well after a slick move. A minute later we had our third goal, Ollie this time on the end. We were seven in front with just 8 left before Kilrush got a lifeline goaling to bring it back to 4. Our lads though defended brilliantly and held out to win by 5 in the end. Next up is Shamrocks next Sunday in Hollymount at 3pm where a win would see our boys finish top and a chance to make the quarter final for the first time since the 2019.