Our Junior B hurlers finally secured a first county title at this grade on Saturday last defeating Craanford 9 points to 6 in a low scoring affair.

You could see our nerves throughout the team in some of the early play with Craanford starting better leading by 2 points to no score until Din Brien secured our first point from a free. He was unlucky not to goal when his strike hit the crossbar on 10 minutes.

Our battling was excellent with us just moving in front at the break by a point. The first 15 of the second half was crucial as we started to build up a lead, moving 5 in front at one stage. Craanford though weren’t to be beaten that easily and they had the scores back to 3 with a tense last 5 minutes but our lads held out for the victory. Well done to the team and management as the second team move up to Junior A while there is Leinster Championship to be played later on in the year. 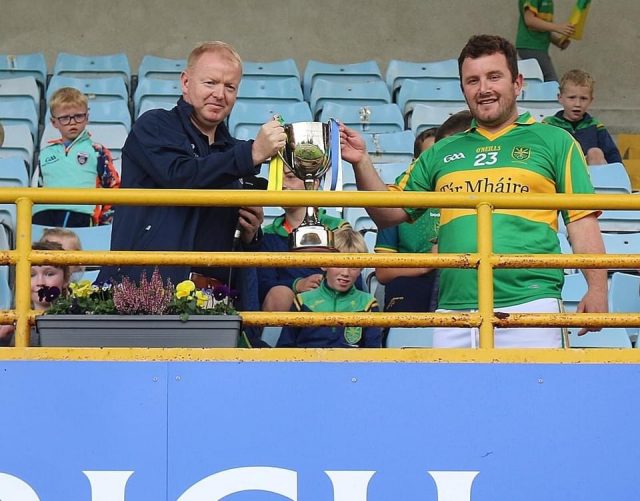