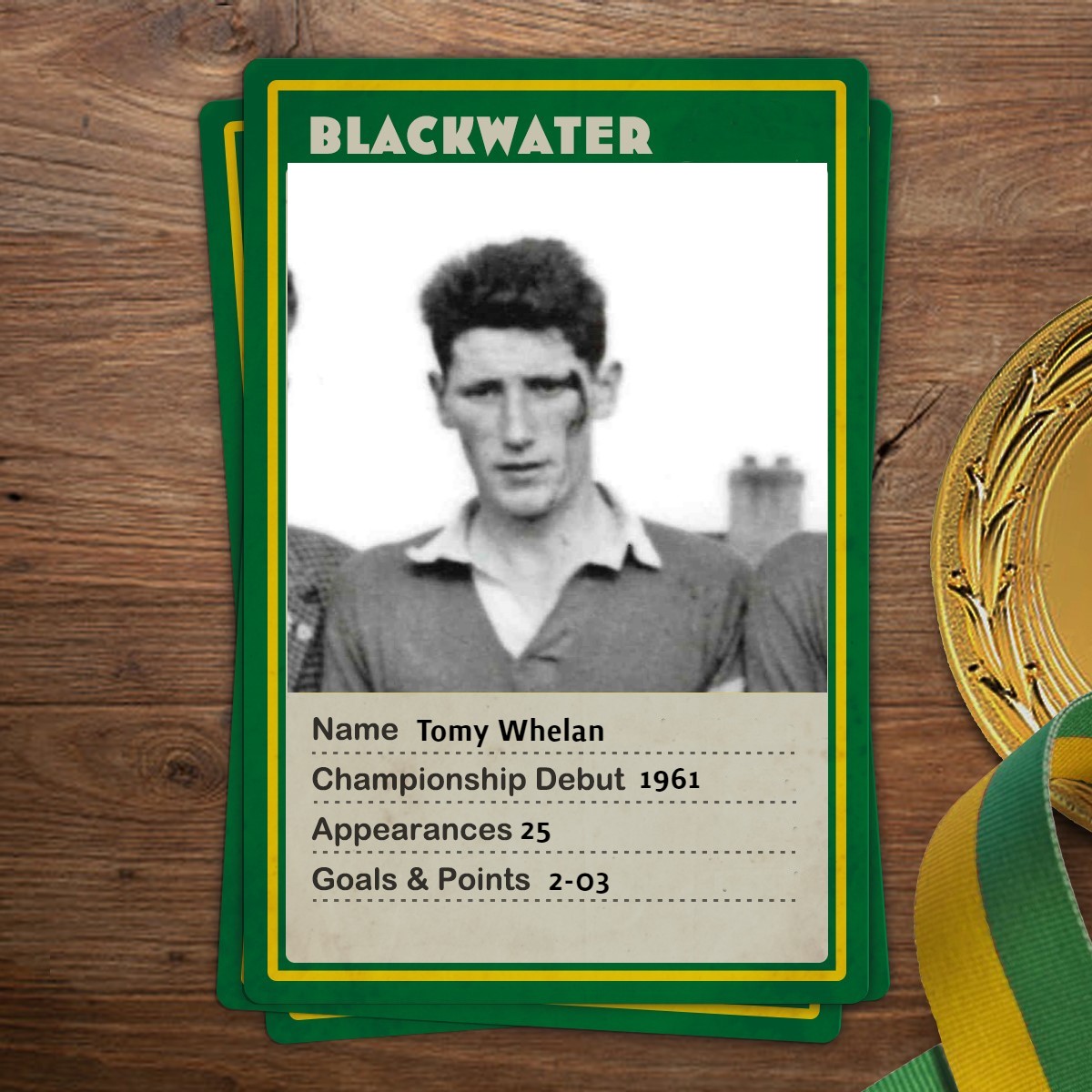 We are sad to report on the death of our Club President Tommy Whelan, Ballyvoodrone who passed away late on Friday night. Tommy a man who blead green and gold made his hurling championship debut in 1961, having previously made his football debut a year earlier in 1960 against the Volunteers. It was hurling though where he was to leave his mark. In his first year, we won the district final after a replay against Oulart The Ballagh, with Tommy noted as being one of the main forwards alongside Martin Nolan and James Ormonde. Unfortunately they were to lose out to Davidstown then in the junior semis. In 63 Blackwater again had to defeat Oulart after a replay in the District final with Tommy playing at wing back the first day while moving to midfield along with his brother Larry in the replay. The people paper noted

‘The Whelan brothers Tommy and Larry, held the advantage at midfield for the hour. If both were to strike their best form together, not a junior partnership in the county could outplay them”

Tommy pictured in the centre background looks on, as the great Martin Nolan goals v Oulart

Blackwater defeated Camross in the county semi final with Tommy scoring Blackwaters second point on the run from 50 yards, again with the brothers noted for their excellent work in the middle. Unfortunately though Blackwater came unstuck in the county final against a formidable St. Martins team in 1964. A few months later Blackwater captured back to back district titles but lost to Coolgreany in the semi final Tommy playing wing back. Unfortunately Blackwater didn’t get back to those heights again until 1975 when Tommy finally got his county medal. He was part of the team who defeated St. Pats in the county junior hurling final. He continued playing until 1979 when he started playing with the junior bs. This wasn’t the end of his first team career as he again answered the call in 1987 to line out for the intermediate team against Liam Mellows in a defeat in their final group game. He was to make a total of 25 first team appearances for the club while also serving as chairman from 1974 to 1976. 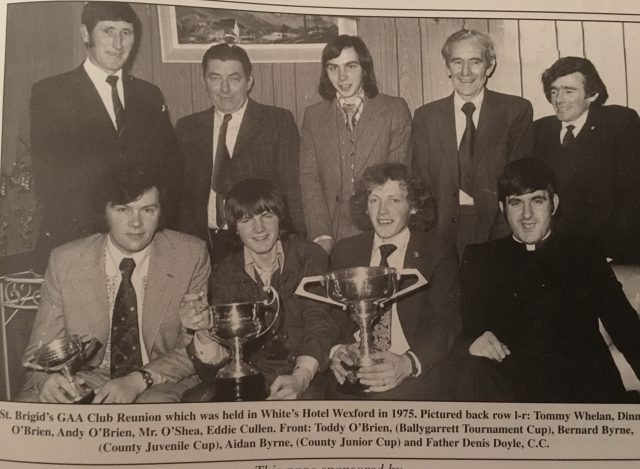 Tommy also played Junior b hurling for a number of years after. He also got into coaching, managing many underage team down through the years. In recent times he was appointed our Club President, a role he truely enjoyed.

He will be sadly missed by everyone in the club and our condolences go out to his wife Mary, his son Lar and all the Whelan family at this sad time. Funeral arrangements are to follow shortly.

Please note the pitch is closed as a mark of respect.