The Blackwater U20s were well in control at half time in this game playing with a breeze leading 12 points to 1 in the Preliminary round of the Premier grade.

Our boys were very quick out of the blocks and lead 8 points to no score at the end of the first water break with some fine points from Pad O’Connor and Mossy. We kept taking our points before the Cushinstown full back saw red and was given his marching orders on 22 minutes for striking, Mossy and Adam Murphy continued talking our points before Brian Og had an excellent goal chance only for the Cushinstown goalie bravely getting down low to save a few minutes before half time. They finally got on the board in the final minute to leave us 11 points in front, facing a strong wind.

They scored a free within 30 seconds of the second period before we again scored three in a row from Pads free taking. They scored again but we took over registering 1-3 unanswered. Adam Murphy goaling on the 9th minute after Brian Og placed a high ball into the area and the tall corner forward placed a low shot to the net from a difficult angle, A minute later he had his second, some brilliant play again from Oge placing a ball across the goal and Adam Murphy was on hand to flick to the net. Cushinstown though to their merit never gave up scoring two points before a Pad 65 and then an excellent Ciaran Cash point from a very tight angle before the final water break. The last 15 was played at a slower pace with our lads just picking off some nice long distance points in between a Cushinstown goal. Next up for the lads is a home draw against Shelmaliers at 7pm, next Wednesday in the Premier Quart final. 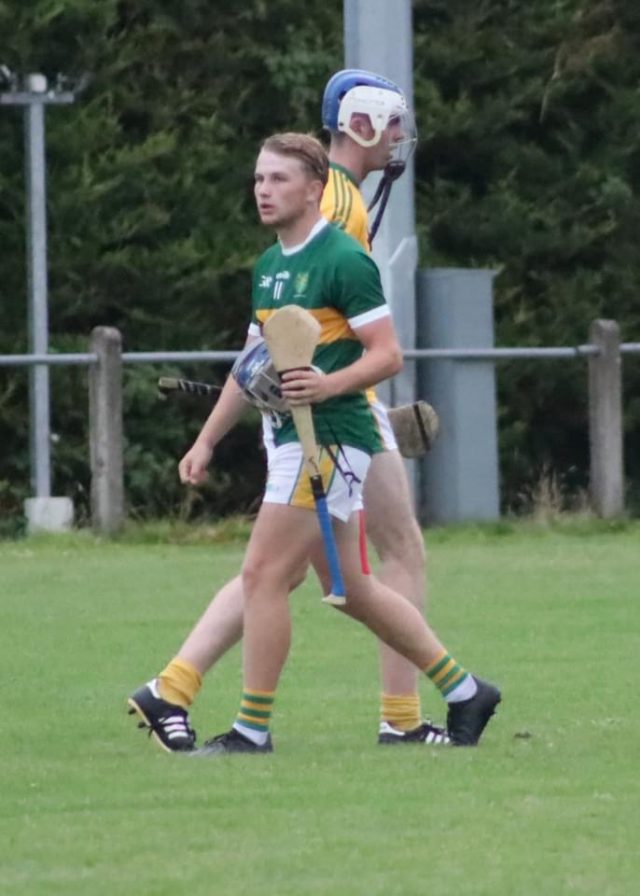 The club would like to pass on our condolences to the Cullen family on the sad passing of Olive. Ar dheis Dé go raibh a anam.