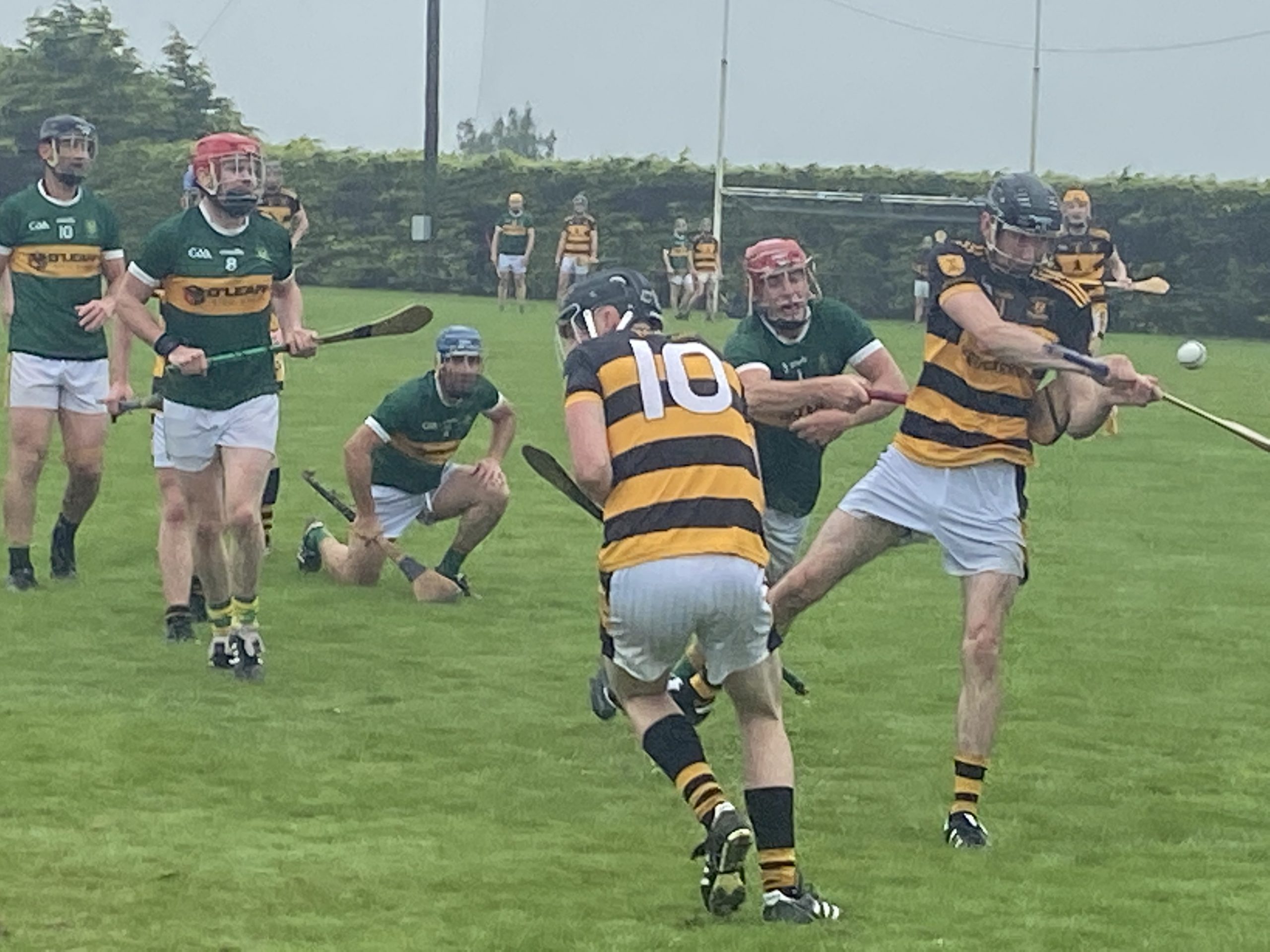 The intermediates put on a battling display against Rathnure seniors in Division 1 of the league in terrible conditions in Rathnure. The score really didn’t reflect the game as our lads were closer than the scoreline suggests for large parts with the home team putting in a scoring spurt in the last few minutes.

It was us who had the first score on the board with a Dean free with Rathnure responding quickly. They scored a fortuitous goal on the 3rd minute while they had their second a few minutes later. In fairness our lads were battling for every ball and didn’t let those early set backs put us off as two lovely points one over the shoulder from Dinny Brien and then Diarmaid after Paul took a few heavy challenges kept us in touch. On 15 minutes, one of the scores of the game, Feidhlim taking control soloing from the corner back to midfield and passing over the defenders head to Brian Og who then found Dinny Brien. Denis had a bit of work to do but he lashed low to the net. The men from under the Blackstairs mountains showed why they are senior outscoring us 6 points to 2 up until the break.

We got the start we wanted to the second period when Diarmaid goaled to bring back to 6 before Murphy again pointed. Rathnure again though took control and it was gone back to 8 points with 10 left on the clock. We got back close again with five between the sides with our lads battling fiercely for every ball with just 4 minutes left. Unfortunately though Rathnure put in a strong finish scoring 1-1 without reply.

Overall our lads should be happy with the battling throughout the game and a bit more composure we could of been closer. Plenty of positives going forward. 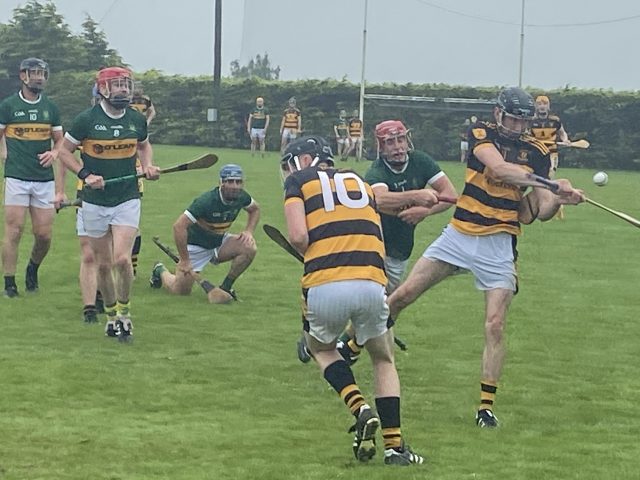