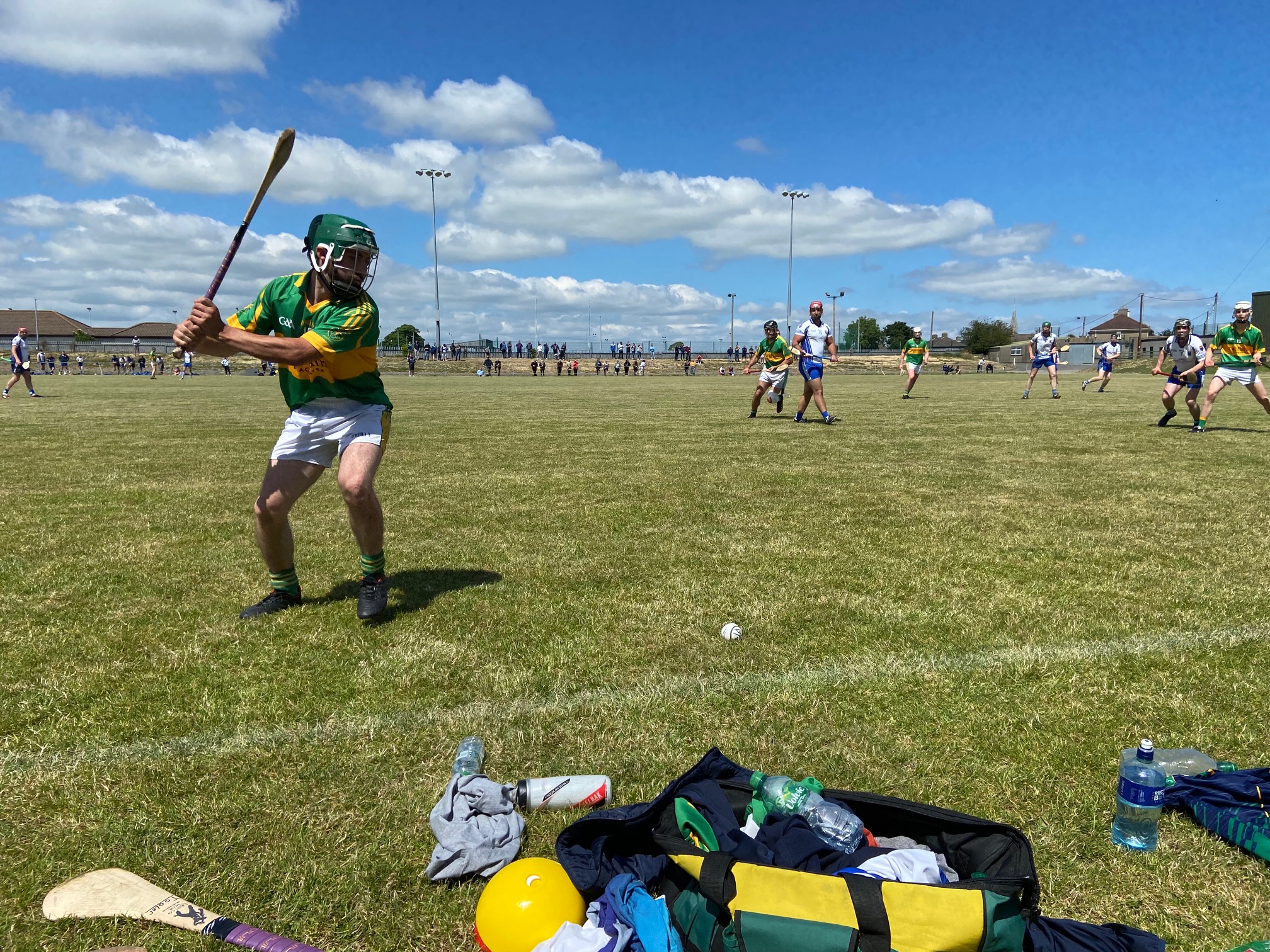 Junior B into county semis

The Junior B hurling team are through to the 2020 County Hurling final after a 4 point victory over a sutborn Craanford team by 4-15 to 4-11. In a game that was littered by mistakes from both sides our lads really should of been more comfortable than the scoreline suggests but yet the men in white kept in touch. It was them that had the brilliant start scoring 1-2 inside the first 3 minutes. Our lads facing a strong wind eventually got going and it was a super run by Johnny that led to or first goal, a Din Brien pull to the net. Ross and two Din frees had us in front before we had the ball in the net again on the stoke of the first water break, James Dooley pulling low to the net. Hedge had to Make a good save a minute later before Din Brien got a goal after Ross Berry soloed through. A Din free had us 7 in front and looking like coasting before the men from the Ford scored 1-2 without reply,

With the wind at out backs, we started quickly with two Wayne points before Johnny was on a one on one but his shot drifted wide. Craanford stayed in touch and it was back to 2 with 12 minutes gone of the second period and on 20 minutes the game was level again after they goaled. We responded in brilliant fashion goaling ourselves with Paul Murphy doing the honours before he pointed a minute later. Din Brien scored two more and the game was out to 6 points before on the stroke of 30 minutes, Craanford scored a goal out of nothing to level in a nervy final few minutes. Again though the boys responded excellently with Wayne and Ian putting us into the semis. The draw will take place tomorrow evening with Shamrocks or the winners of Fethard and Duffry awaiting us.