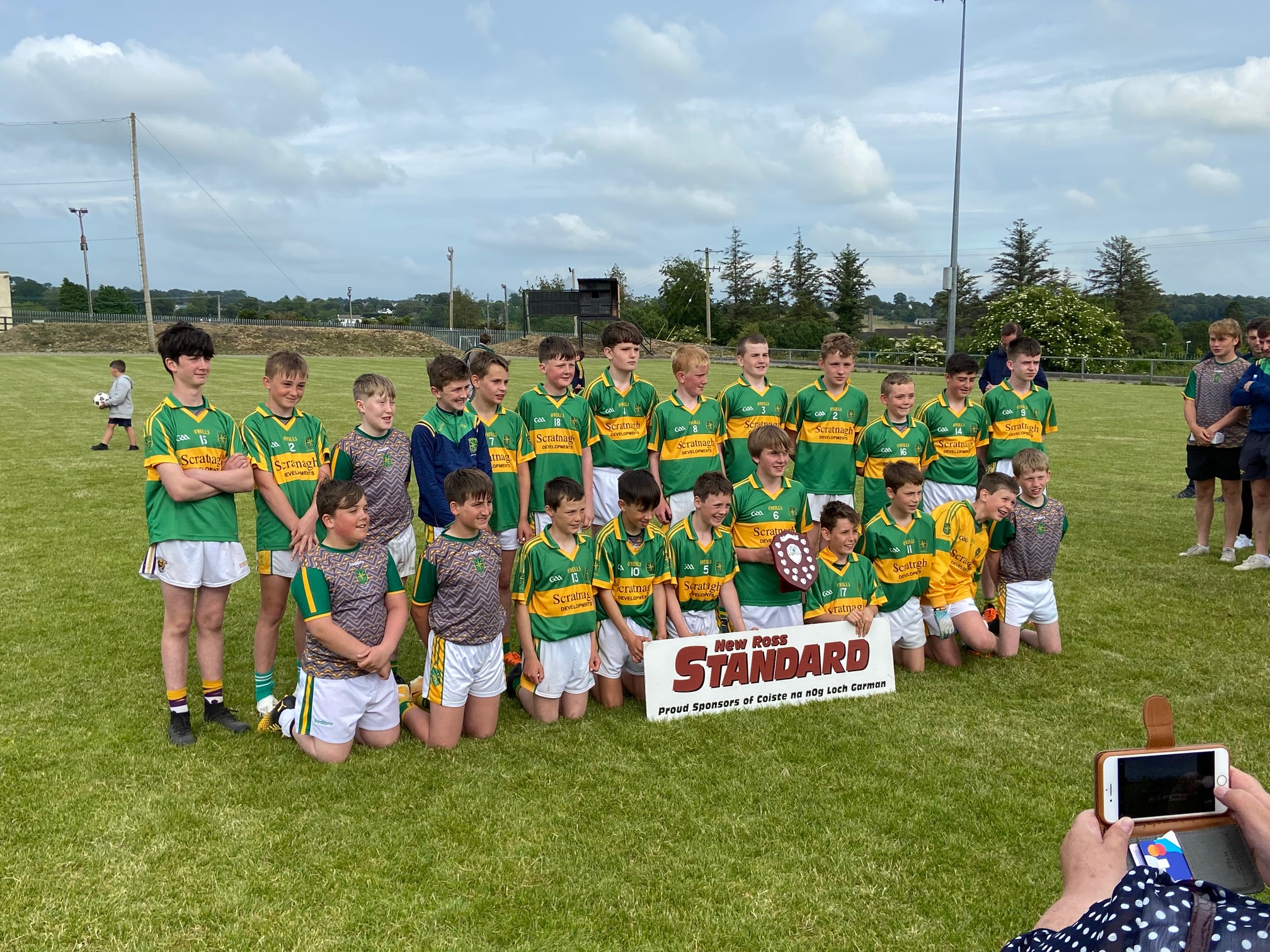 Last years 2020 Division 3 Shield Final was won on Saturday afternoon to create a double for the U13s who also won a Shield hurling title last year. The boys playing with a slight breeze were 1 points to no score down after 7 minutes before a Killian Murphy free went to the net. Duffry responded with a free before we struck two goals within 3 minutes of each other, midfielder Ryan Murphy getting both, At the turn we lead by 7. Ryan Murphy again scored a point from the throw in before Duffry kicked two points in a row. Ryan though punched to the net after some quick thinking from a free from Ross Carroll and at the last water break, the score made for good reading with our lads having a 8 point lead.

Duffry though to their credit started to eat into our lead and goaled with 6 minutes left. With just one minute left the score was back to 3 and our lads had to do some brilliant last ditch defending to hold on for victory. Well done to the boys and the management team of Dean Whelan, Darren Byrne, Pad O’Connor and Tomas Murphy. 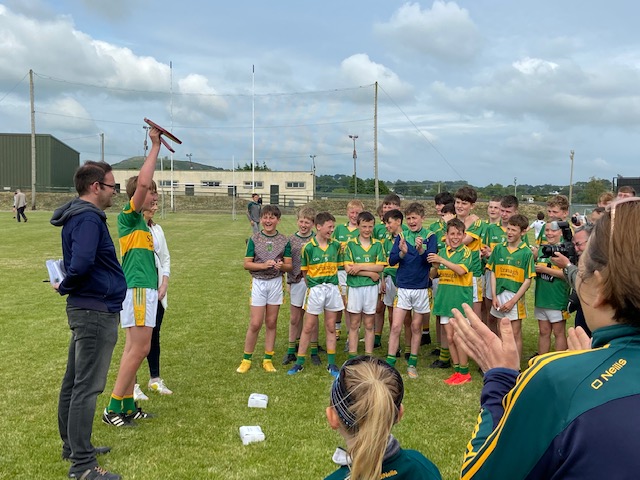