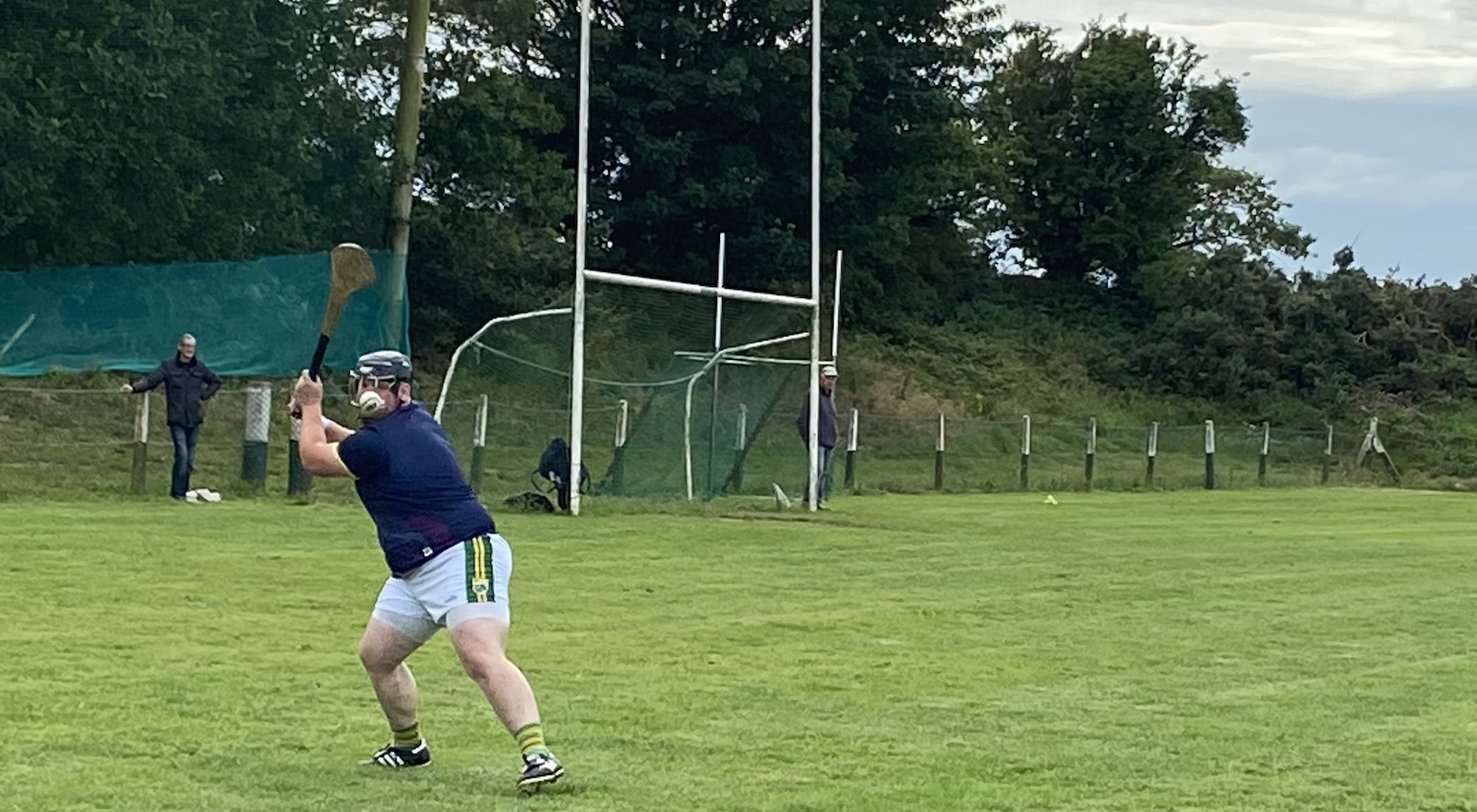 The intermediates nearly pulled off a great escape in the intermediate hurling championship at Chadwicks Park coming back from 15 points at one stage in the second half. We started well with Mossy unlucky to score but Alley with a strong wind had the ball in the net on 4 minutes and started to reel off points. It wasn’t until the 23td minute that we had a score on the board and then Diarmuid had the ball in the net on 29 minutes., At half time we were 9 in arrears but Alley came out quickly again scoring two quick fire goals. Our lads though finally started to get going an we reeled off 4 on the trot before Mossy goaled to bring it back to 9 points. Three minutes later Tomas got his second goal from a direct ball in while a Pad free and then Diarmuid pointing had it back to 5 points. Alley though kept us at a distance before mick and Dean Whelan brought back to 4 points. A late Pad free 65 had it three but that’s as close as we got. A win or draw next week against Monageer will see us into a quarter final.

The Junior B hurlers enjoyed a winning start to this seasons revised Championship winning by just a point in a windy Ballymurn in what should of been a more comfortable victory. Our lads led by a good margin throughout the game but Ballymurn made. late comeback to nearly get a victory. Johnny O’Toole had the ball in the net the first minute after Paul Murphy blocked the goalies clearence while Paul Murphy and James Dooley notched further scores, Ross Berry who had an excellent game on his junior b championship debut notched a free and then a point from the sideline. Joe Neville scored after a Ballymurn free and by half time we were 9 points to the good.

A further Ross free and the a Joe Neville score had us 11 up and looking conformable but Ballymurn started to edge there way back into the game. Still with 13 minutes left out lads were leading by 8 before the Crossabeg got a stroke of luck when a sideline ball drifted across the goal and was managed to be flicked on to the net, They pointed again to bring it back to 4 before Ross nailed a much needed free, We were still 5 up with 7 to go before pushing that to 6 with only a couple of minutes left on the clock. They juicily hit two more points before they were given a questionable penalty which they duly dispatched and it was back to a one point game. But luckily time was up and our lads hing on for the victory. Next up is Shelmaliers on Tuesday 4th August at home at 7pm.