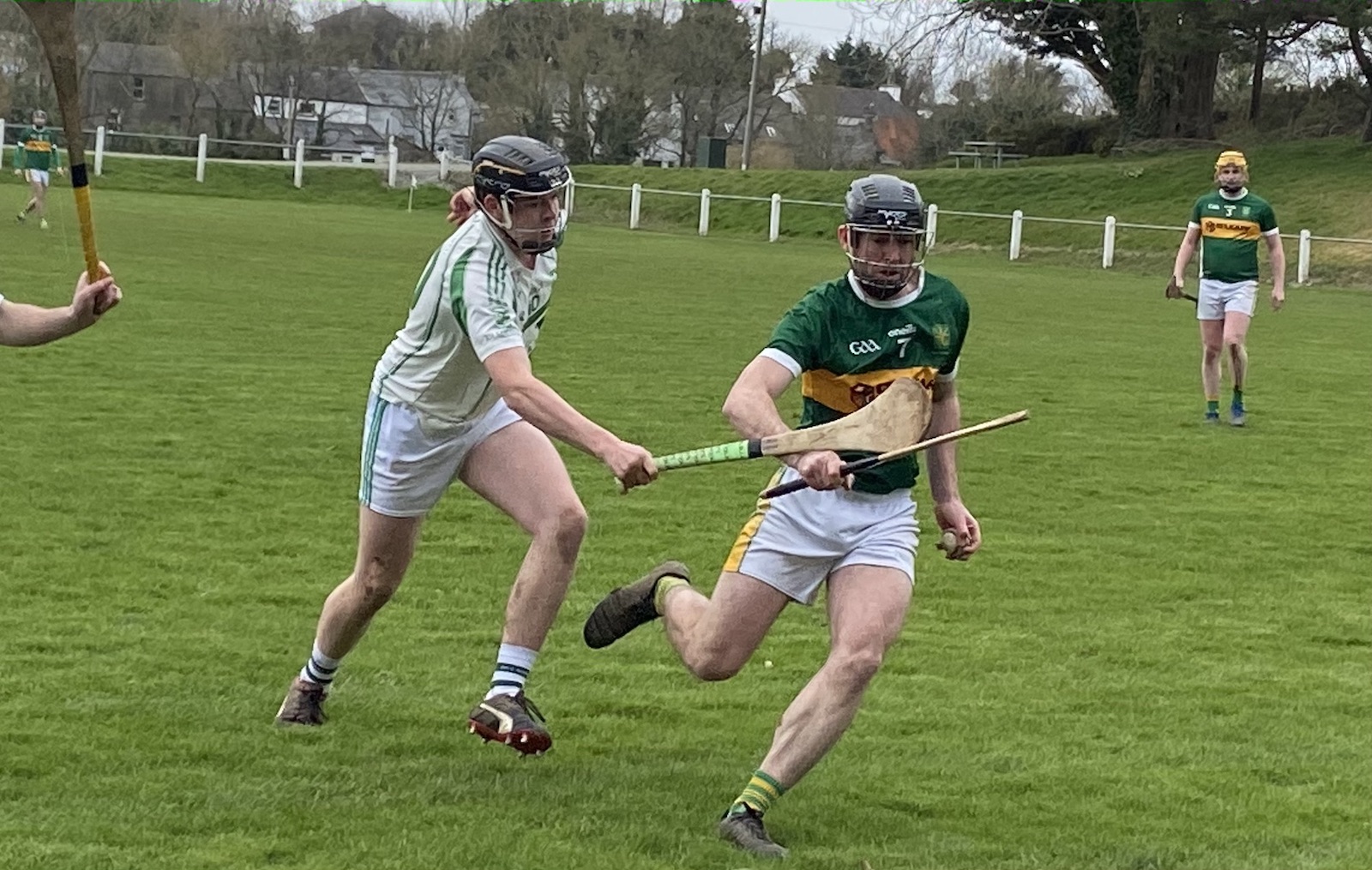 Win in Kilkenny for Inters

Our intermediates enjoyed a 5 point victory over Kilmacow in round 2 of the Leinster Hurling League in very difficult conditions in Kilmacows community pitch. With Storm Jorge playing havoc with some games over the weekend, the wind was extremely strong with ground conditions very difficult with recent rain fall.

Our lads played into the wind in the first half which gave the Kilkenny side a strong advantage but our brilliant workrate limited them to just two from play with 5 points from frees in total. The home side opened the scoring in the first minute but Pad responded after good work from Aaron Culleton. A Pad free 6 minutes later had us into the lead before a very rare Kevin Purcell score from an extremely difficult angle. Mossy and Dean Whelan had great goal chances with Dean’s shot clipping the post within the space of a minute of each other. Over the next 10 minutes though a succession of frees had the men in white and green ahead before a Pad free had us back level with 5 left before half time. A mix up with their backs had Seanie Purcells first score of the day before Kilmacow finished strong scoring 3 points in a row to lead by 2 facing the wind.

That lead was down to 1 with a Pad free in the first minute before Kilmacow won a penalty after Lar did well to stop the initial shot. Lar was more than up to the task though and he dived to his left to flick the ball onto the post. Mossy was unlucky not to goal again within 3 minutes of the restart before Dean Whelan levelled the game, they scored again before a Pad free levelled matters. Conor was extremely unlucky when a goal bound shot by Mossy was saved by the goalie and came across to him but he was under pressure and he did well to flick over the bar. On 16 minutes some savage work rate resulted in a score for Mick before Mossy yet again was denied by the goalie. We finally started to move ahead and the game was over when a move of short passing resulted in Mossy being hauled down with a couple of minutes left. Dean Wright struck the penalty well and we finished out the game 5 points winners. Final game in the group is against Ballygarrett at a neutral venue in 2 weeks.