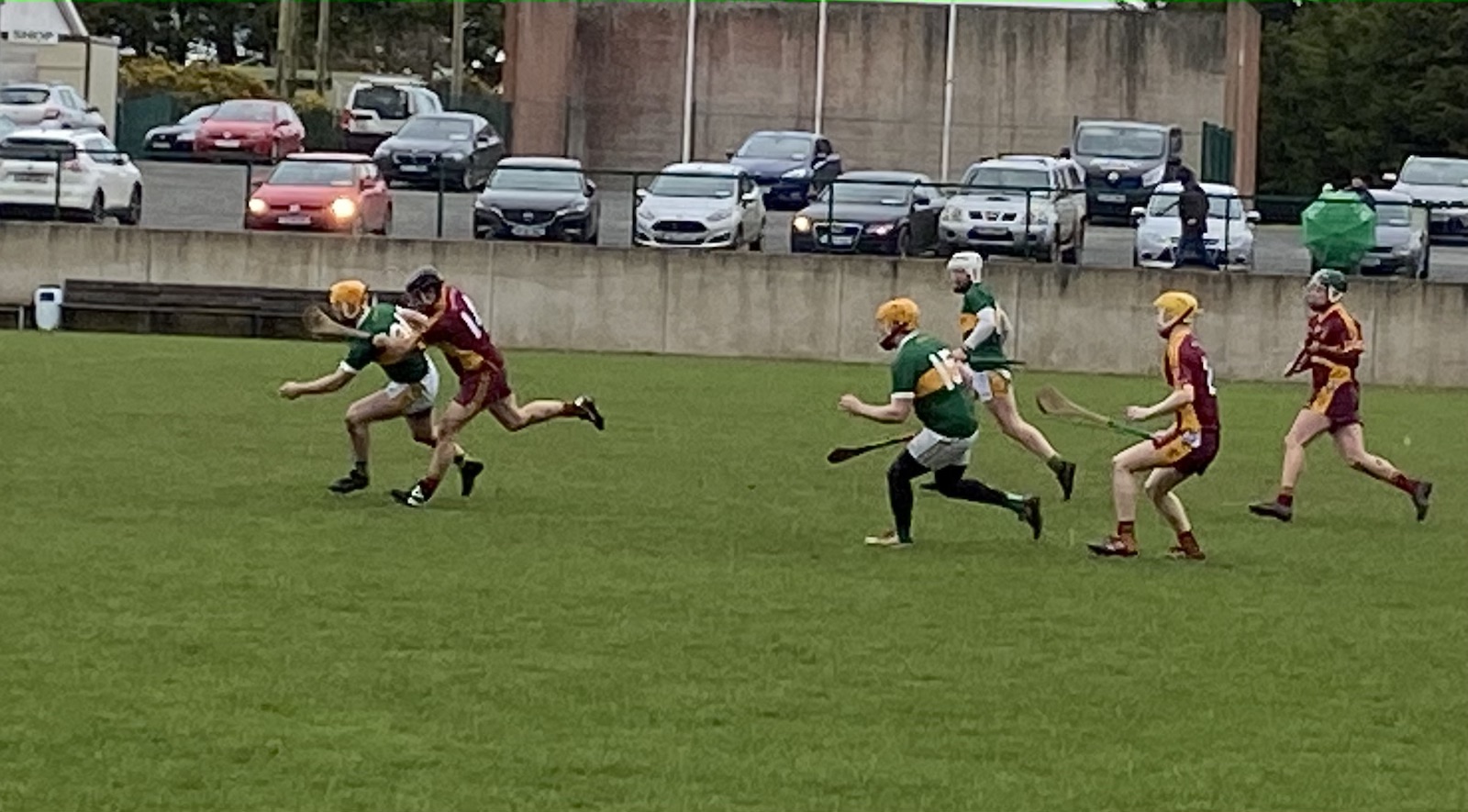 First round draw for Intermediates

Our intermediate hurlers had to settle for a draw against the Kildare side in very windy conditions in Pairc Naomh Brid, the boys missing a large number of first team regulars. The men from the midlands started the bettter and lead 5 points to 2 after 17 minutes. Dean Whelan was chief marksman for the day keeping us in touch with only 1 point between the sides after 22 minutes. On 23 minutes, Eire Og goaled after a long ball in well caught by the full forward leaving Peter no chance with Dean Whelan scoring a free a minute later to keep it at 3 points which is what its was at the break.

Lillis scored in the first minute before disaster struck again when the maroon and gold men goaled to leave 5 between the sides. Our lads though started to get on top and two Dean Whelan frees with a Dean Wright free left 3 between the sides again. With momentum on our side Kevin O’Brien struck the next point and now of all of a sudden it was down to 2. A Whelan free 3 minutes later and the score was down to a minimum before the same player levelled the game with 10 left. It was a battle of attrition for the next 7 minutes and then a stroke of luck with 3 left. A high ball in was dropped by the Eire Og goalie and Dinny Brien was on hand to stoke home. The game wasn’t done yet and Eire Og struck three late points to level the game. The other game in the group finished as a draw also so still all to play for going into round 2 where we play next Saturday at 2:30 against Kilmacow  (Kilkenny) away.