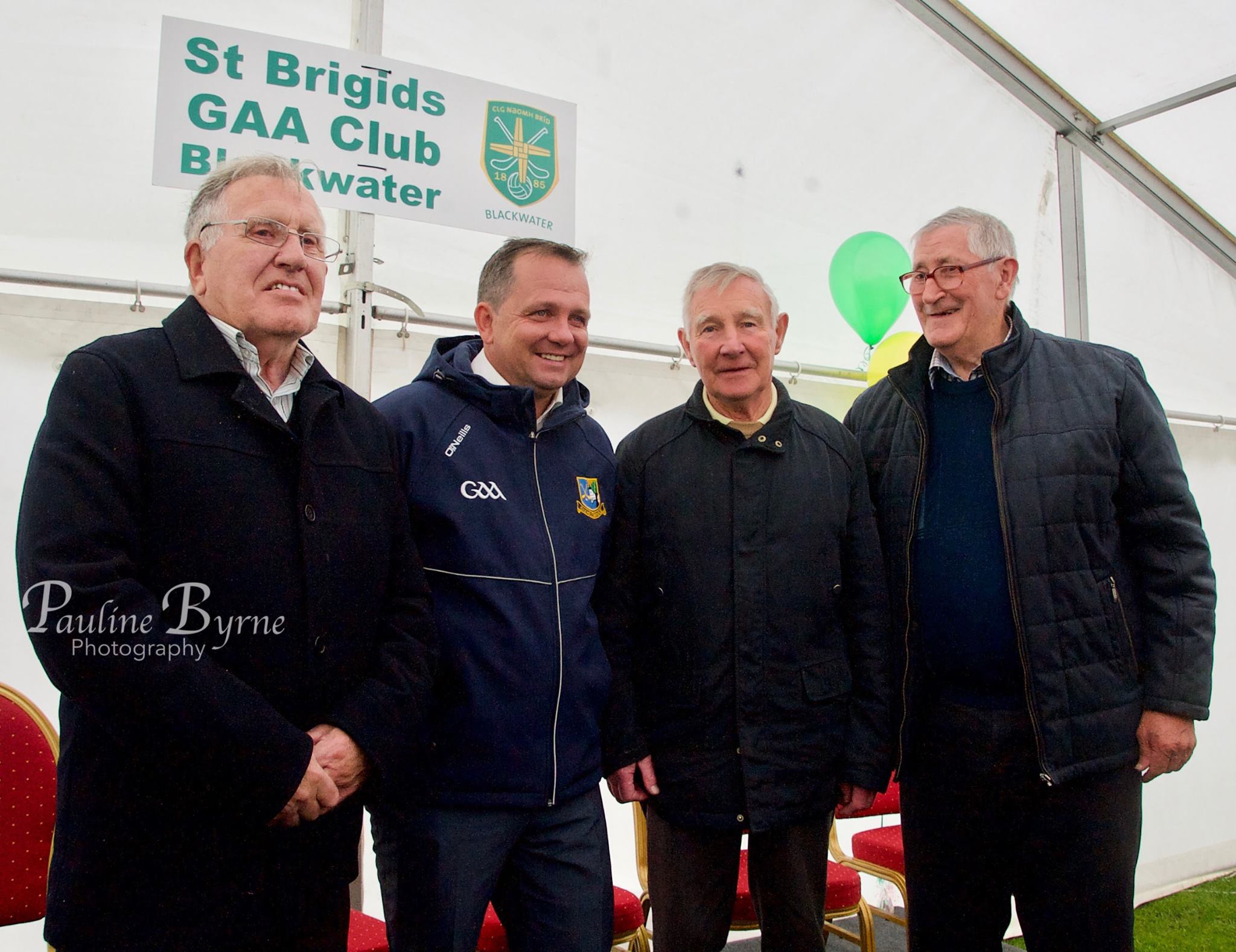 It is with great sadness that we report on the death of our club Vice President, Sean Ormonde, a true Blackwater Gael. Sean was a brilliant advocate in promotion of our national games, he never missed a match kids or adults and truly bleed green and gold.

Sean started out hurling and playing football, in which he had a particular passion for. He started to play hurling in Killahard school at the age of 8 with the late PJ Whelan and made his adult debut in 1953 in the Wexford District Championship with the Blackwater team against St. Fintans playing in goal. He also played with the Oulart minor hurling team that year (as Blackwater had no minor team). In the first round tie against Rathnure it was noted that he was outstanding in the goalie position with the team. He played the following year again with Oulart minors It was really at wing back and midfield though where he showed his best position, no more so than one of his crowning honours winning a junior hurling title with Blackwater in 1957 (pictured below in the back row on the far right).

In later years he said of the match:

“Before leaving for the match the whole team gathered at Canon Sinnotts house for a blessing. When getting ready in the dressing room, most of the players were quite nervous, being a first county final for us. It was different to what it is nowadays, we didn’t have a full set of jerseys and a number of subs didn’t have jerseys only their t-shirts. As for myself, I felt very nervous at the start but after a short time I settled down and seemed to be going well. I began to enjoy myself and went on to play of my best games.”

He also played on the 1963 team which lost the Junior county final to St. Martins, playing at wing back.

He would go on to play a total of 21 times in the championship for Blackwater (sometimes there was only one game a year in championship if you lost) scoring 2 goals and 2 points from his back position, finishing his career in 1970 with the first team.

It was in the GAA administration where he found his second love, he was secretary of the GAA club in 1959 while he was chairman from 2011 to 2015. He was also secretary of Wexford GAA for a number of years, being nominated to the board in 1985 with being held in the Un-yoke to celebrate Blackwater’s involvement with the GAA.

He was also a former selector with the Wexford minor footballers and U21 footballers (1996) while he was over numerous teams in Blackwater throughout the years including both the adult hurling and football teams. He loved Irish traditions and was heavily involved in Scór na nOg being Chairman for a number of years, even up until recently.

The club would like to send its condolences to the Ormonde family at this sad time.

I will finish by quoting a verse of the 1957 poem on Blackwater great victory in the junior hurling final of that year .

“Our star, Martin Byrne, he played like a man,

And upheld the tradition like the boy from Killanne,

Sean Ormonde too, who works for Messrs. Nunn,