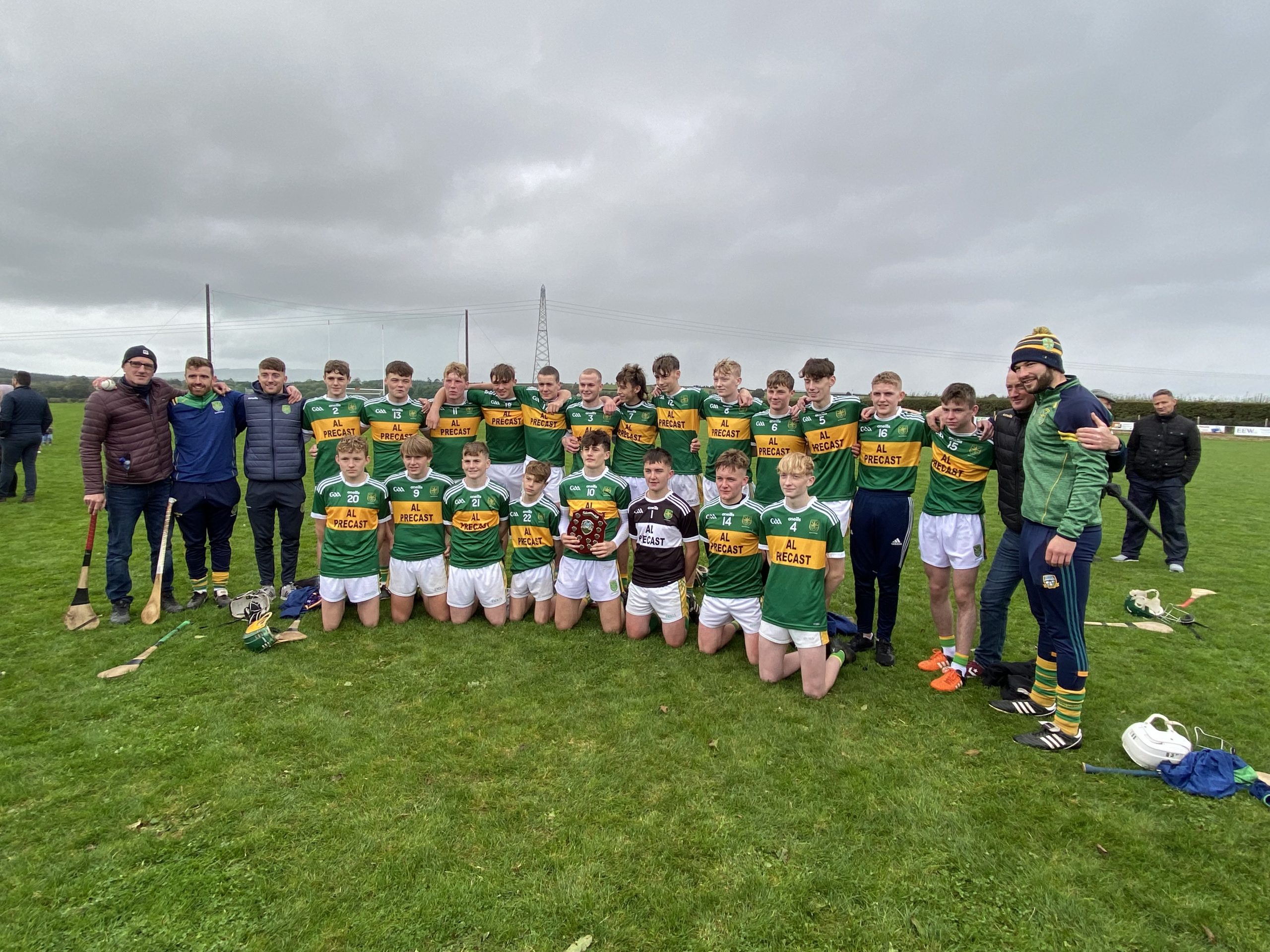 Another title to the parish 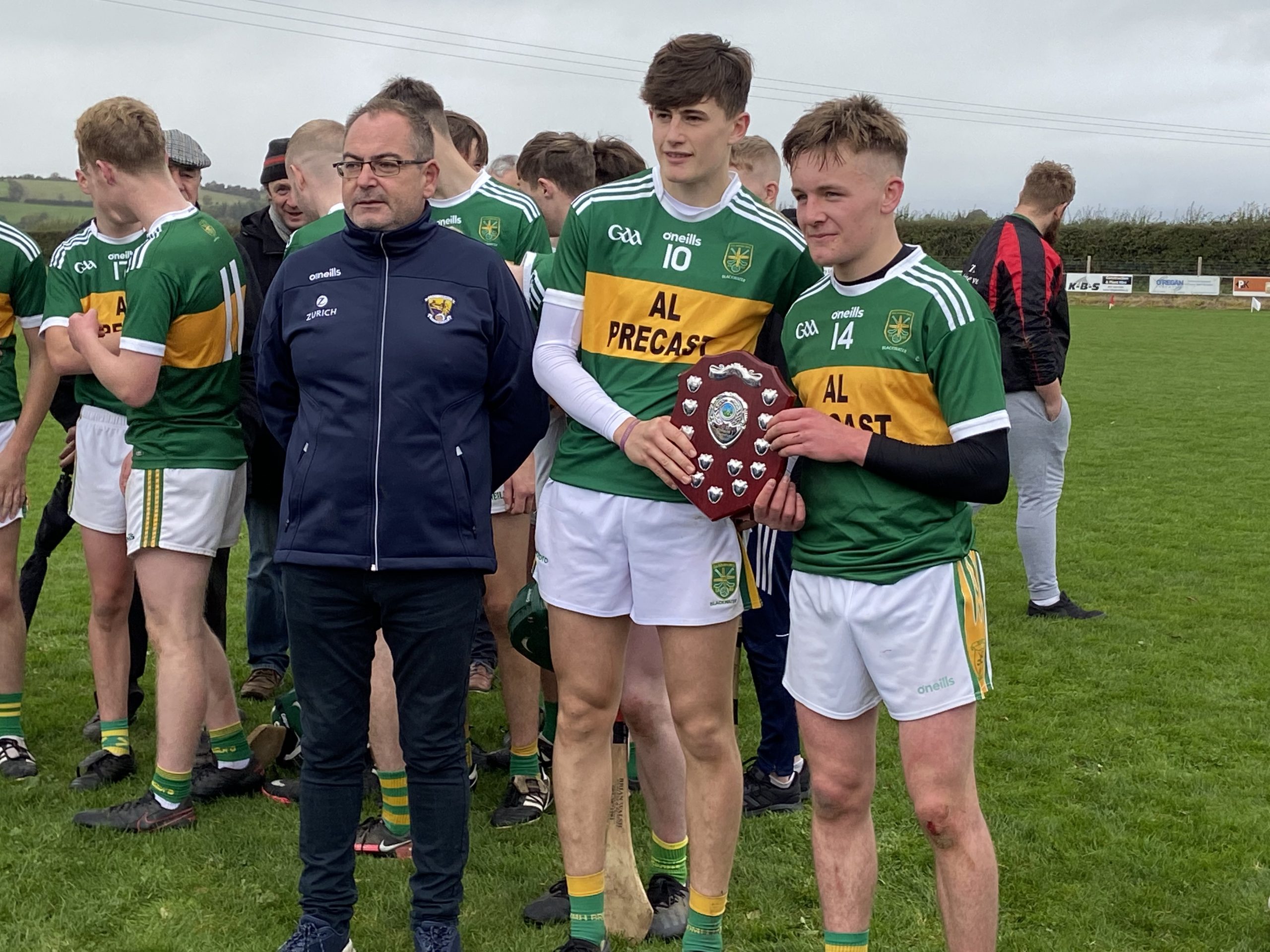 Yet another title to the parish this year, a 7th in fact with our minor hurlers winning the Roinn 1 shield. The lads unfortunately had a enforced change in the warm up as Paudie came in for the injured Ronan.

It was Duffry though doing all the early running leading by 2 points to no score after 8 minutes with our lads struggling to get the ball past the half way line. The management of Dean Wright, Joe Neville, Padraig Lambert and Conor Sutton made a crucial change bringing Ciaran Cash out from corner forward and freeing up space. Almost immediately it paid dividends in our first attack, Jimmy gathering a low ball and burning the corner back and shot low to the net. Two minutes later we had our second goal, a low ball on the ground to Jimmy who also pulled to the net. Duffry were responding with frees while our lads were responding almost immediately with our own scores. Our defence was really on top with Rían and Eugene shipping heavily challenges in clearing balls. At half time we lead by just two points with the wind favouring us in the second half.

We started well again with two Joe 65’s and a lovely Ciaran score had the gap to 5. At the last water break we still lead by 5 with Duffry employing a sweeper.  Jimmy won a penalty with just two minutes into the last 15 and Ciaran Cash did well to dispatch it. Duffry though started to put our backs under pressure and our lads were up than up to the task with both Jamie Lambert and Caolan Salmon catching the eye along with Eugene and Rían. Duffry started to go for goals but couldn’t beat Barry Whelan who had to pull off some great saves including one double save with a few minutes to go. Our lads though weren’t to be beaten and hung in for a 10 point victory.