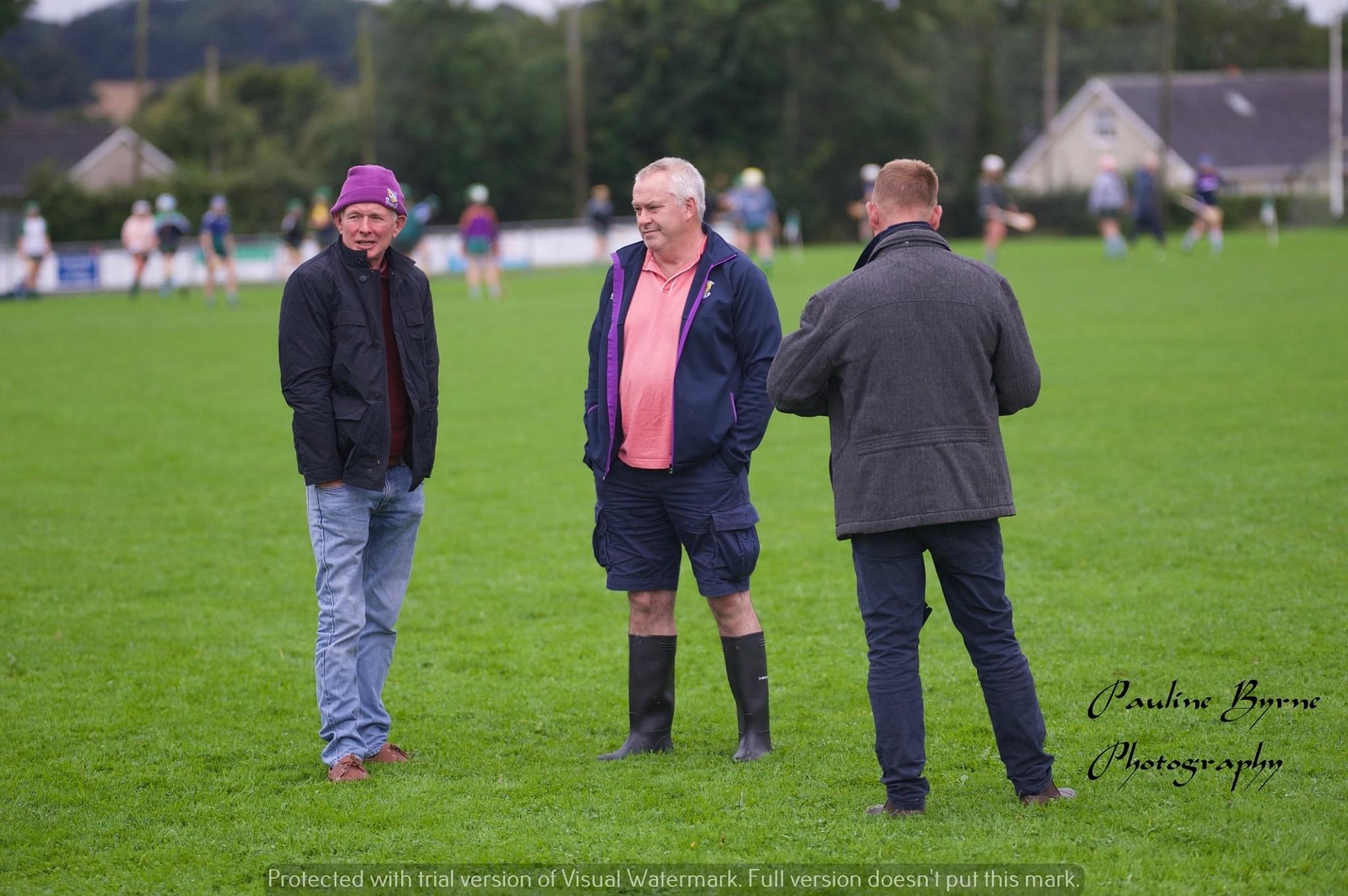 A first District final appearance for the Junior B hurlers since 2016 awaits the team under the tutelage of club veteran Ger Corrigan and his selectors Eddie Rowe and Brian Curran.

The game was played in awful conditions with the rain lashing down heavy for most parts of the game for what contributed to it must be said at times a scrappy game. In the first  minutes we were guilty of hitting a number of wides with a Wayne free our only solitary score. that all changed when a diagonal ball went into Paul Murphy and the pacy corner forward rounded his man and shot low to the net. Clonard responded well to bring it back to a minimum but a Din Brien free, a Ross point and then a Joe Neville score had us ticking along nicely. After a few choice words from Brian Curran during then water break, Din Brien scored again  with the rain coming down in buckets at this stage with Clonard scoring two on the trot. Four minutes later, Johnny O’Toole did a brilliant flick to Josh who pointed before Johnny got a goal himself with 6 to go turning his man well to slot low to the net. Again to Clonard’s credit, they notched three points in a row to leave just four between the sides at half time.

A Wayne free had us 5 in front before a Clonard player received his marching orders for a second wild pull. A Wayne 65 and then some brilliant stick work by Gavin O’Toole gave Ross a nice score before his brother Johnny also did a nice piece of skill flicking it over the Clonard defender and over the bar. Na Fianna for a goal themselves when a free was driven low to the net before Wayne had us back to 6 with a score from the half way line. After the water break we made some changes and further scores had us winning at the final whistle by 7 points.

The game wasn’t a classic by any stretch of then imagination but the district final appearance also means that we automatically qualify for the county quarter finals,.