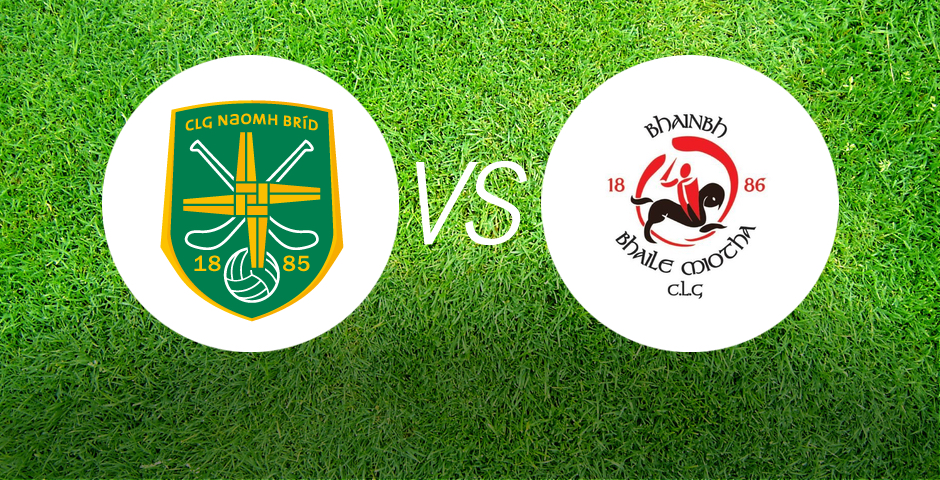 What a remarkable comeback by the U15 footballers who reached the Roinn 2 County Final. The boys were rocked by 2 goals early in the second half but Jamie Lambert tap in goal on the stroke of 30 minutes had the small Blackwater crowd jumping for joy.

Bannow started strong and had the ball in the net after only a minute, while Joe Rossiter had our first score with 6 minutes gone. He had the ball in the net two minutes later, bursting through to kick a low ball by the goalie. Ciaran took a nice score a minute later but Bannow started to grow into the game again enjoying possession. They hit another free to level matters after 10 minutes before Aidan Malanowski taking a long shot deceived the goalie and dropped into the net. Bannow replied well and kicked two points before Jay Mooney was unlucky when his high ball was touched out for a 45. Denis Dempsey though he had a goal but the post kept his kicked shot out just before the half time whistle with the sides level.

Jimmy Whelan was unlucky not to goal himself when a bounced shot hopped over the keeper and over the bar a few minutes into the second half. A minute later Ciaran Cash hit a peach with the outside if his boot to have the lads leading by 2. Bannow no.11 scored a brilliants solo score from distance with the men in red starting to get on top. We had to make a number of last second tackles including a few 2 on 1 situations with Adam O’Connor and Seanie O’Brien thwarting a number of these. Bannow finally broke the rearguard with a well worked goal though to put them in the driving seat. They won the next kickout and broke through again only for Nathan Moran to pull off a brilliant point blank save. They were exerting heavy pressure and they had their second goal on 16 minutes. They pointed after this and looked comfortable, but our lads never gave up even with the 6 point gap. Joe Rossiter hit a free from the 30 on 16 minutes before yet again Nathan made another point blank save when a goal looked certain. Our lads were putting on heavy pressure but were still 3 in arrears when Jay Mooneys goal shot drifted over the bar with just 2 minutes left. We won the next kickout and Ciaran made a strong run to be fouled. He wisely took a point with the goal lined with many Bannow players. We needed to win the kickout which we did and the ball broke into the corner for Darragh Byrne who managed to find a way through the mass of bodies to shoot across the goal, only for Jamie Lambert to be there to kick it to the net.

Our lads now unbelievably had the lead and with Bannow attacking with 3 minutes played over, we managed to win back the ball to hold on for a famous victory and reach the county final. Only 1 underage county title since the turn of the century (excluding shields) has been won in the large ball sport so hopefully the lads can add to this when we play either Castletown or Rosslare in the county final.