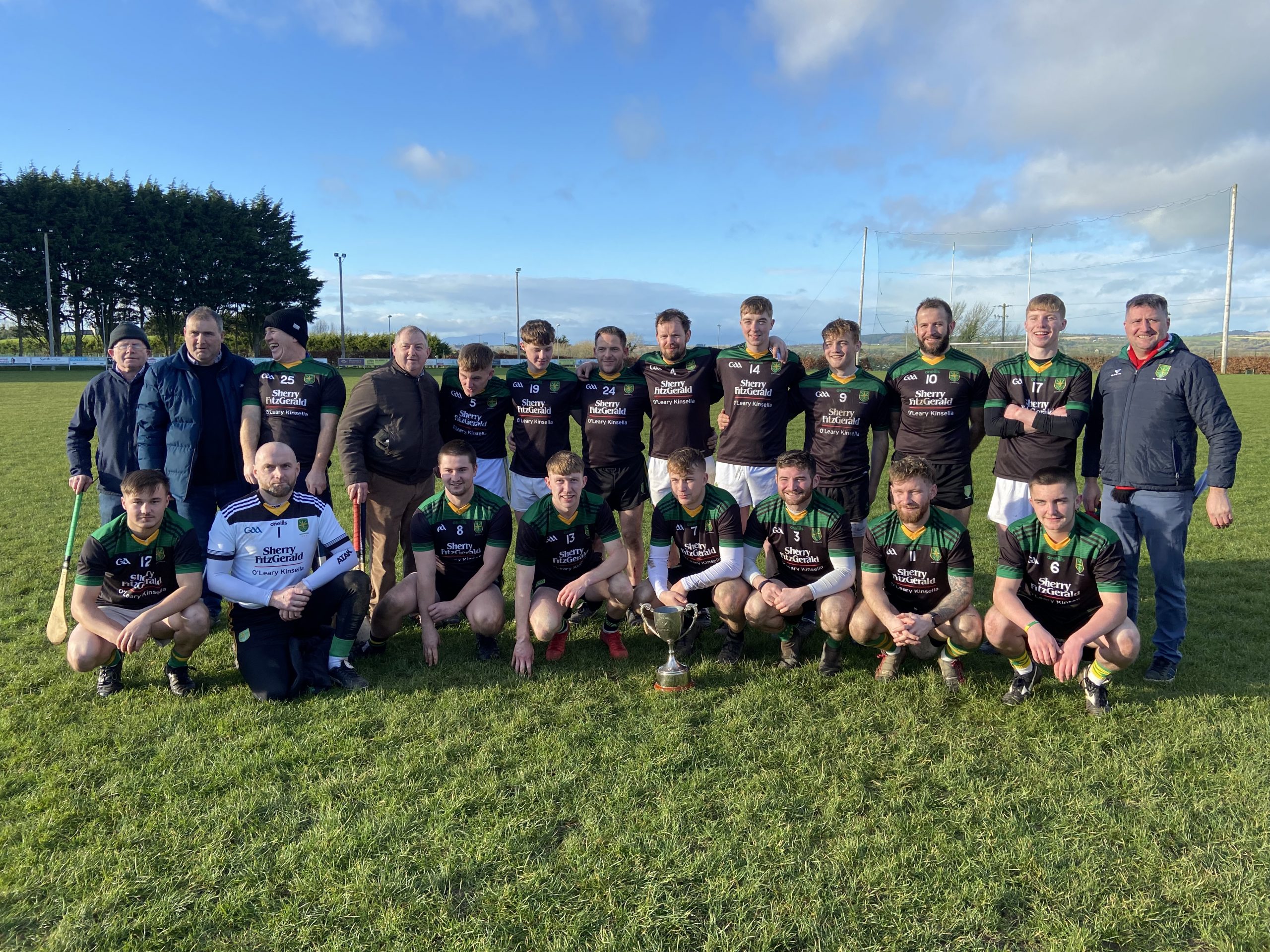 The Heroes won the 2022 edition of the Michael Murphy Memorial cup after a penalty shoot out in the final.

The first game of the day was the Fenians and Island Rangers, neither team having won or even played in the final before. It was the Garryvadden team who did all the early running with Ultan O’Reily being there chief marksman leading at half time by 2 points and Tristan Cashe showing well in defence. The second half was nip and tuck and it was only a bullet of a shot from Paul Murphy, Blackwaters historical top scorer that there was some daylight between the teams and to win out in the end.

The second game was from the perennal finalists Inch Road Nigglers and The Heroes. Both teams having dominated the recent parish league winners list since 2016 and it showed with a tight first half. Dean Wright back from australia showing no rustiness with a good showing while Mick Lillis was striking well for the Heroes. There was only two points in the game at the turn while it was close until the last few minutes with Mossy Murphy being moved inside making an instant impact with a goal. Dean Wright blasted a 21 yard free to the net but it wasn’t enough for a first semi final exit for Inch Road Nigglers.

In the final, the Fenians did the early running with Ultan again showing well with the Heroes relying on Mick Lillis frees. The Fenians lead at the turn but some excellent Mick frees including a nice point from distance had them in the lead with 7 to go. Ultan O’Reilly scored two frees before the last puck of the game, Mick won a free himself and he put it over the black spot for the game to go to penalties with Tomas Murphy scoring the deciding penalty in sudden death.