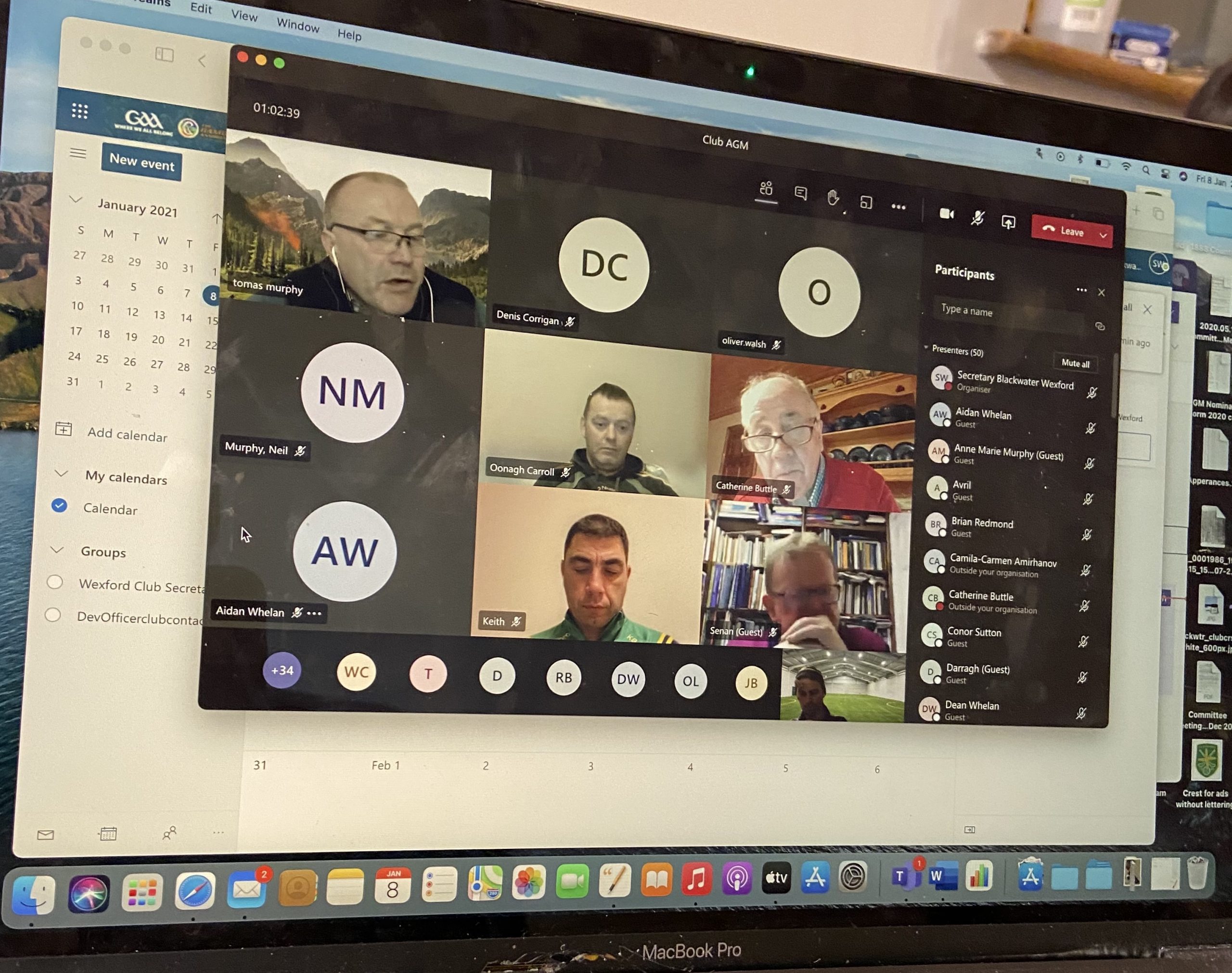 Blackwater GAA Club agm was held on Friday night online. The club elected its first female club President in its history when Mary J Whelan was elected to the position. The other positions that were made were:

Junior A Hurling and Junior B Hurling: Ger Corrigan

Junior B football to be confirmed