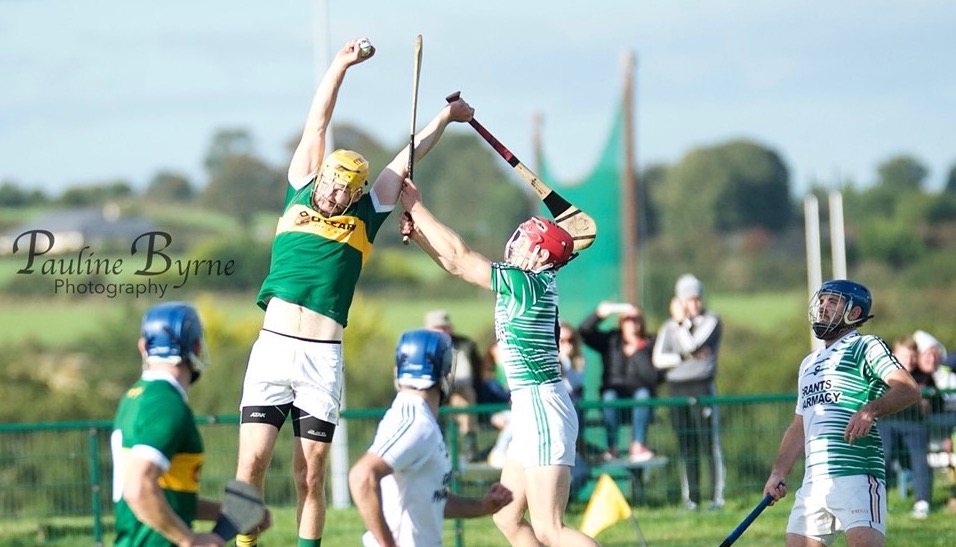 The intermediate hurlers have made it through to the championship quarter finals for the first time since 2013.

The lads though couldn’t have got a worse start though when Shamrocks lead 1-1 to no score after only a few minutes. Diarmuid, who finished with a personal tally of 1-3 got us going after 4 minutes with point and he goaled after 10 minutes when he broke through to finish to the net. Topar drew us level four minutes later with a lovely score and then yet again Diarmuid won the puc out to point. Frees kept them in touch with a Ciaran Roche point with Seanie blocking the next ball and pointing but yet again a Shamrocks free left it to one point. The last 10, we completely dominated with first Dean Wright catching a high puc out and pointing before hitting a free, then Mossy and pad getting in on the act to put us clear by 5. Some brilliant short hand passing for Kevin to point was the score of the match with further scores from Seanie and a Topar sideline had us up by 8 at the turn.

Yet again though we switched off and Shamrocks goaled in the first 20 seconds and pointed a minute later to bring it back to 4 at the start off the second period. Ben struck from distance before Dean had it back to 5 on 34 minutes. Mossy put the game to bed when he found himself free soloing through to hit a shot into the top corner to have us back in front by 8. Shane, Mick Lillis and Dean Wright scored the next three points with the second half only 10 minutes old. The game took a bit of a lull before a dean free had us leading by 12 with 10 minute left. Darren Byrne notched 3 late points to see us into the quarter final.