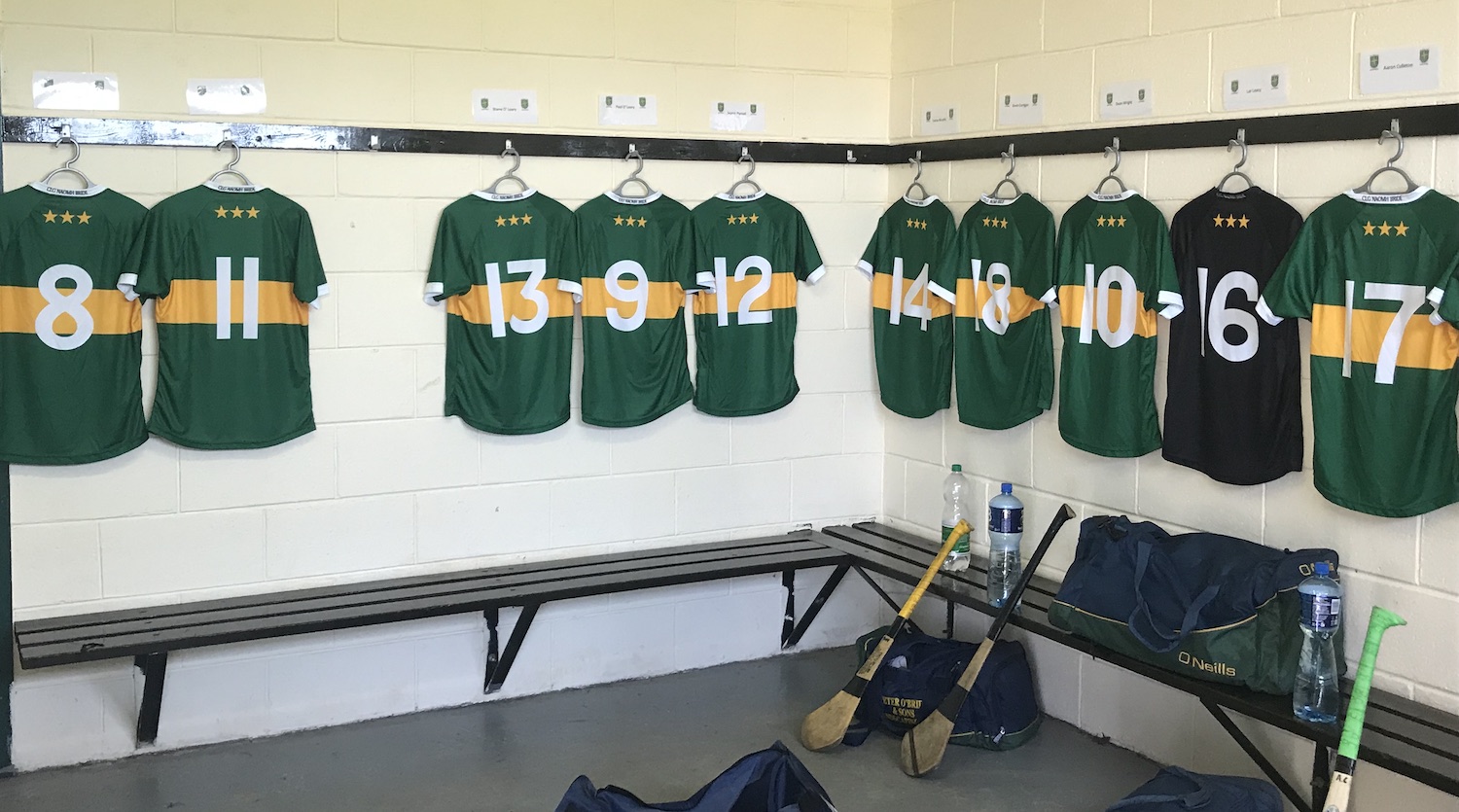 The intermediate hurlers put in a heroic effort and just fell short against the favourites for the Intermediate championship this season. Indeed the 2016 senior county finalists were ahead by 6 going into the final 15 before our lads reeled them in.

Cloughbawn started strong and were in the lead by 4 points to 1 with just 5 minutes gone. But unlike last year, we never panicked and had the games first goal after Paul O’Leary won possession and hand passed to a free Mossy Murphy who still had a bit of work to soloing through and finishing well to the net. Things got even better 3 minutes later, Mossy again rounding his man and while his initial shot was blocked, he managed to pull to the net. Almost immediately they had a goal bound shot but Peter did well to save it. We kept them at a distance before they got a goal after breaking through and then another point from play to level it. Dean and Harry Kehoe exchanged points before they moved in front to leave by just the one at the break.

Paul O’Leary leveled the game within the first minute before the Clonroche men moved three in front again by the 12 minute. A minute later that was out to 6 when they goaled but our lads never panicked and a feature of our play this year has been finishing strong and this match was no exception, outscoring them 6 points to 2 in the final stretch. We won a penalty on 15 minutes but unfortunately the Cloughbawn keeper made the save. A Dean 65 and then a free had it back to 4 before Shane had to back to 3 after some nice work. Ben Redmond from wing back had a brilliants score from midfield with just 5 left resulting in a large roar from the crowd before yet again Cloughabawn had it back to 3. Dean Wright caught the resulting puc out and brought just the two between the teams pointing. He scored a free to bring it back just to one but that’s as close as we got with Harry Kehoe scoring an insurance point to leave two between the sides in the end.

The scoreline dosent reflect the effort the lads put in and on another day we would of been the winners. Considering the scoreline last year, this was a massive improvement and there will be plenty of optimism going into the long break with a very young team starting.