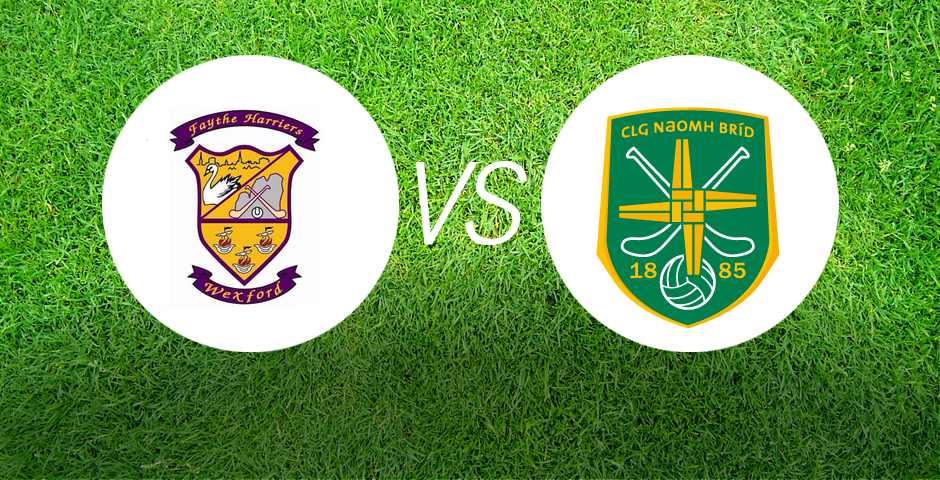 The Junior B hurlers started the season in an impressive victory over a 14 man Faythe harriers. Unfortunately the men from the town could only muster 14 players for the match.

Our lads had a full forward line with a combined age of 110 years with the experience coming to the fold early on. Wayne won the toss and played with a very strong wind in the first 30 and Lar Lacey slotted the games first score in the first minute. Scores continued to rain over the Harrier crossbar for the next 10 minutes. By the 12th minute we had 6 on the board and then the games first goal. We had threatened on a few occasions, a long ball in bounced kindly for James Dooley and he finished well to the net. 6 minutes later Lar was calling for Dinny Corrigan (The Physio) and Jake Nobbs made his entrance, Lar having scored 5 points feeling his work was done, after a few heavy days. A second goal came shortly afterwards when Robert McGuinness, who it must be said had a brilliant game in midfield, soloed through and drilled to the top corner. A further 5 points put us in a commanding position come half time, leading 2-15 to 0-03.

The Harriers with the wind in the second half found it hard to breach the longshore’s men’s defence and after a couple more points, Dean Whelan while taking a shot for a point, his ball dropped into the goal. James Dooley scored a couple more points including another goal along with Nobbs and a solo effort from McGuinness to finish out the match strong. Next ip is on Friday against Na Fianna Clonard at home at 6:45pm.